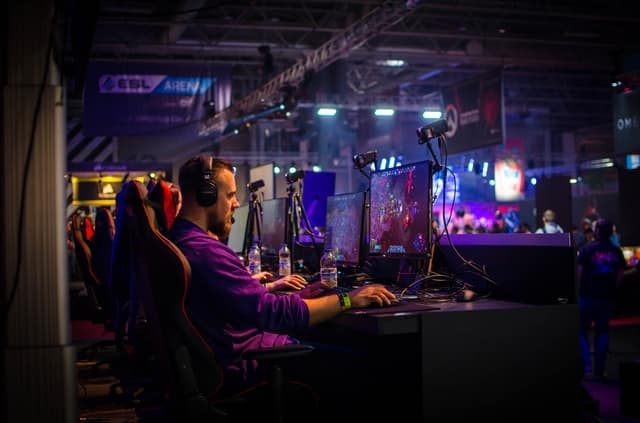 2020 is an exciting time for gaming and gamers alike. There are a whole lot of new titles that are available on the market. You might be wondering which titles are the best games to play on pc. Well, we came up with the top four games that you should be playing this year.

We managed to include the popular games on the PC this 2020. There is a good reason why these PC games are popular among gamers these days. If you are looking for a great gaming experience, check these titles out immediately. These games will get anyone hooked on their gaming rigs for hours, maybe even days.

We included the best games in each genre. For multiplayer online titles, make sure to include a buddy or two to enjoy this game the most. The single-player game among our four chosen games should require you a lot of time. Make sure you strap yourself in front of your gaming PC for a good time!

Battle Royale games are in high demand these days. The developers of Call Of Duty decided to hop in the battle royale bandwagon with their release of Warzone. You will get the same battle royale experience a la Call Of Duty twist with Warzone. Battle with 150 enemies and be the last one to survive!

The battle royale experience hits different when you play it with your closest buddies. There is nothing like going against 150 people divided into trios or quads. This mode of Call Of Duty Modern Warfare features the gameplay and dynamic of COD turned into a battle royale mode.

You will get to play the characters in campaign mode in Warzone. However, the characters only come with a purchase of the Modern Warfare game or with a Battle Pass purchase. Dive into the Warzone and experience Activision’s take on the battle royale hype that gamers are into these days!

It is safe to assume that this game is the best-looking Star Wars game ever. If you are looking for a game with crisp graphics with a good background story, then look no further! Everything about the graphics looks great as the lightsaber seems as realistic as ever. Did we mention that the gameplay includes your character being able to use the force? As a Star Wars fan, you should try this game in the name of Star Wars. Swing the lightsaber and use the force against Storm Troopers!

A Samurai-oriented game always holds a soft spot for gamers. Sekiro: Shadows Die Twice hits the perfect game trifecta of theme, gore violence through swords, and insane difficulty. Saying that this game needs an easy mode would be an understatement. Enemies are harder to fight against, which makes the game fun and competitive.

This samurai game will look like a movie with its terrific cutscenes. The graphics are also pristine and crisp. The story takes place in Japan, which makes the setting look legit in terms of a samurai game vibe. Sekiro: Shadows Die Twice is the perfect samurai game if you want a challenging time on your gaming pc.

We know, Grand Theft Auto is already a seven-year-old game. However, we cannot get enough of this game even in 2020. Epic Games recently made Grand Theft Auto V as a free downloadable game. Of course, tons of gamers took the opportunity and downloaded the game from Epic Games.

You might have already finished the Grand Theft Auto V story before. However, with Epic Games’ recent GTA V stunt, the online servers are as packed as ever. If you want an enjoyable time in a GTA setting filled with gamers, GTA V Online is the perfect world for you.

You can round up your friends to play Grand Theft Auto V Online with you. Do a series of jobs and heist or go around a spree of unadulterated fun around the map. Everything in Grand Theft Auto is still the same except for a few new vehicles added now and then.

There is nothing more therapeutic than being playing pc games. PC games hold a special place in every gamer’s heart. The sound of that keyboard and mouse clicking on a good PC game is enough to make a PC gamer’s day. Look for these PC games to be the perfect games to play this 2020.