Mobile Money fraud: Only 10% of cases prosecuted due to the use of fake IDs 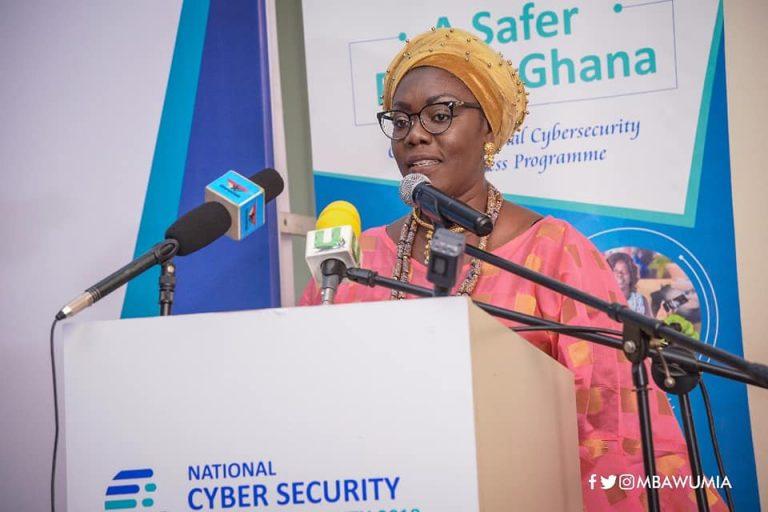 Only 10% of reported mobile money fraud cases have been investigated and prosecuted, Communications Minister, Ursula Owusu-Ekuful has revealed.

Madam Ursula Owusu-Ekuful blamed the slow pace at which mobile money fraud cases are prosecuted on the use of fake IDs to register SIM cards which makes it difficult for the police to identify the perpetrators.

Speaking at the climax of the National Cyber Security Awareness month at the Kofi Annan International Peacekeeping Training Centre (KAIPTC), the Communications Minister asserted that about 50% of Ghanaians who have subscribed to the mobile money platform are either targets or victims of mobile money fraud.

“The Ghana Police Service Cybercrime Unit admits that it is only able to investigate and prosecute just about 10% of the cases reported to it due primarily to the use of fake identities to register SIM cards. On the issue of mobile money fraud, estimates of analysts suggest that about 50% of all mobile money subscribers have either been targeted or experienced one form of fraud or another,” Ursula Owusu-Ekuful stated.

She added that a telecommunications company had to filter all SMS messages via its platforms, and block over 400,000 scammed messages due to the rise in mobile money fraud.

“The introduction of mobile money has suffered from attempts at defrauding the system by malicious actors. In 2017, one of the telecommunication companies reported that it received about 365 complaints of fraud monthly from its subscribers. The scale of attempts at fraud are staggering as it also indicated that it filtered all the SMS messages that passed through its platforms and blocked more than 400,000 scammed messages on a daily basis, from reaching their recipients,” she added.

Ghanaians have expressed worry over the increasing cases of mobile money fraud in the country, an issue that has threatened the growth of the industry as well as financial inclusion.

Head of the Cybercrime Unit at the Criminal Investigations Department (CID) Chief Superintendent Dr. Herbert Yankson believes telcos must be vigilant in their operations as it remains a key factor in fighting the crime.

He has however assured, that the police are working earnestly to shrink the fast-rising rate of mobile money fraud cases in the country.