As we enter a new decade in 2020, the time is just rife for a new set of mobile devices with advanced features.

In this article, we shall take a close look at four mobile phones to expect in 2020.

Following the successful release of their P30 Pro in 2019, the mobile technology giant, Huawei is set to release yet another masterpiece of a phone in 2020. The HUAWEI P40 Pro is expected to be released in March this year.

Leaks suggest that the Huawei P40 Pro runs on Android Version 10. The phone is packed with a super-high-speed processor made of 8 cores. (octa-core).

It runs on the HiSilicon Kirin 990 5G Chipset. The HUAWEI P40 Pro also comes with a mind-blowing 8GB RAM and 128GB ROM to make room for multitasking and a large volume of storage.

It is backed by a 5500 mAh battery. Connectivity features in the smartphone include WiFi, Bluetooth, GPS, Volte, and more.

Having lost their crown of phone camera gurus to the likes of Huawei and Google, Samsung’s new creation is more of a statement-making move.

The phone is speculated to possess any of Samsung’s new 64MP and 48MP cámara sensors or to go higher with up to 108MP sensors.

Following the release of iPhone 11 with the best camera ever seen in an iPhone, it looks like 2020 will produce more interesting devices from Apple Inc.

It is believed that iPhone could release a new model of the iPhone series dubbed the iPhone 12. 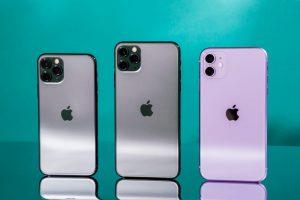 Reports suggest an iPhone 12 that keeps the all-screen face while adopting a flattened metal frame that’s more akin to the classic iPhone 4, not to mention the current iPad Pro. Screen sizes could shift a bit too, going to 5.4in, 6.1in, and 6.7in (as opposed to the 5.8/6.1/6.5in of now).

The new Apple device is expected to be available from September 2020.

Having lost its market share to a couple of other phone companies including Huawei and Samsung, Motorola is ready to make a statement with its Razr model.

Announced In November 2019, the Motorola Razr is expected to make an entry into the market around mid-January 2020.

With the need for foldable phones dominating phone researches, Motorola seems to be the first to introduce a foldable phone in this era. Remember the days of Motorola L series? Well, we could have a refined version of those phones soon with their latest invention. 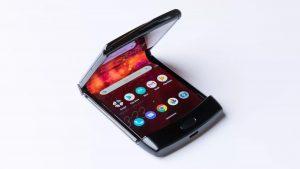 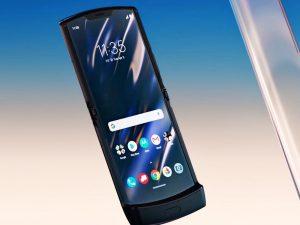 2020 is definitely going to be one of the finest years for mobile technology in the world. And we are expecting the release of over 100 new mobile devices. Hopefully, you find one to replace your old device.

I am an internet addict who has found passion in writing. A blend of which produced the profession I so much enjoy - Blogging. I blog mostly in the fields of entertainment, lifestyle, technology and social issues. If I’m not writing, reading or watching a movie, the next thing you’ll see me doing is eating or taking some wine. Pets? I don’t do much of that but dogs seem nice. You can reach out to me for any PR projects on +233248341613