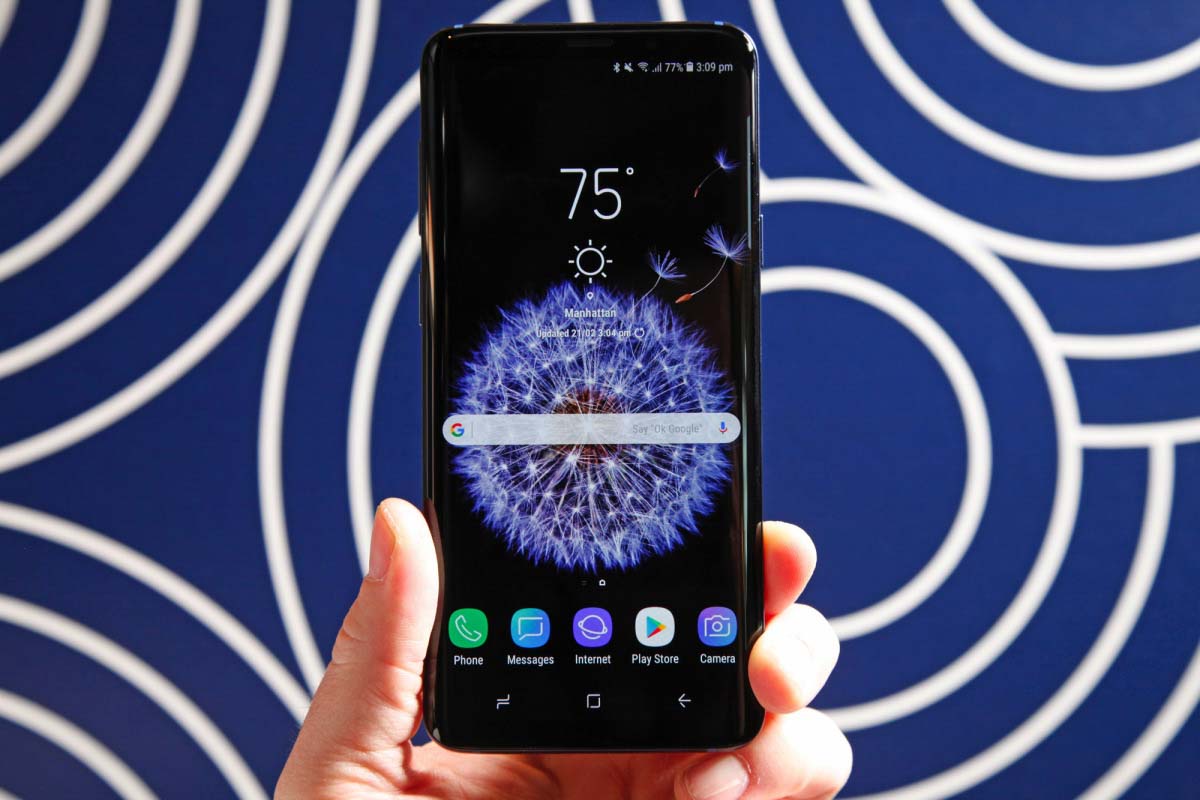 So the guys at BGR have this to share:

We’ll pit the iPhone X against Samsung’s latest and greatest in a number of different ways once we get our hands on review units. Of course, we’ve already spent plenty of time with the Galaxy S9 and Galaxy S9+, so in this post, we’ll take a look at five ways these hot new Android phones are better than Apple’s iPhone X.

Apple’s iPhone X has one of the best cameras currently available on any smartphone. When photographing well-lit scenes, the iPhone X is capable of producing truly incredible results. It also has the best low-light performance of any iPhone Apple has ever released.

We’ve only spent a few hours with the Galaxy S9 and Galaxy S9+ at this point, but we can already safely say it’s one of the best camera phones the world has ever seen. We’ll reserve our final judgement for our review, but it’s quite possibly the best, period.

Easily the most interesting feature of Galaxy S9: A mechanical, variable-aperture camera ?

We’re definitely looking forward to spending time with this camera.

This is another area where we’ll need to spend more time with the Galaxy S9 before we declare it the outright winner over Apple’s iPhone X. As a reminder, the iPhone X features an OLED display manufactured by Samsung and tuned by Apple. Thanks to that tuning, experts have said that the iPhone X’s display is even better than any screen found on a Samsung phone.

While the overall winner remains to be named, there are two areas where we can already say Samsung has the edge over Apple.

The first is a matter of opinion: the Galaxy S9 has no notch. Some people, myself included, like the cutout at the top of Apple’s iPhone X display. It adds a unique design

That said, there’s no question that the notch disrupts the user experience in several scenarios. Viewing photos and videos is particularly bad — you can either view them with a big chunk taken out of the size, or you can reduce the size so you’re no longer taking advantage of the phone’s entire display. The Galaxy S9 and Galaxy S9+ have no notch, of course, so this isn’t an issue.

Samsung’s new AR Emoji feature is a blatant rip-off of Apple’s Animojis, which were introduced last year on the iPhone X. But there’s one feature that Samsung added to its offering that Apple hasn’t yet managed, and it’s actually pretty needed. Hilariously enough, it’s also something that was rumoured to be coming to the iPhone X ahead of its launch last year, and that might be why Samsung added it to AR Emoji.

Animoji and AR Emoji are features that let you select a character from a stable of options, and then send animations as that character. The user looks at the phone and speaks his or her message, and the character acts it out, mirroring things like facial expressions and mouth movements.

Apple’s Animoji feature is much, much better at tracking the user. There’s also far less lag with Apple’s solution. But Samsung’s AR Emoji feature includes a cool option you won’t find on any iPhone: you can make a 3D character out of yourself. Simply scan your face and the S9 creates a digital character with your likeness. Then you can send animations of yourself in more than a dozen different scenes.

At 5.8 inches, Apple’s iPhone X display is fairly large on paper. But because the phone has a narrow aspect ratio of 19.5:9, and because of the notch, the screen doesn’t actually have as much surface as its diagonal measurement suggests. In fact, the 5.5-inch iPhone 8 Plus actually has more screen surface than the 5.8-inch iPhone X.

Samsung’s 5.8-inch Galaxy S9 has an 18.5:9 aspect ratio, so it already has more surface than the iPhone X. But some people want and even larger display, and that’s where the 6.2-inch Galaxy S9+ comes in. There is no iPhone X Plus, unfortunately, though Apple will reportedly release a plus-sized iPhone X successor later this year.

This is one of those areas where some people care and some people don’t. I, for one, don’t care. I cut the cord and switched to Bluetooth headphones years ago, long before Apple ditched the headphone jack on the iPhone 7. Many, many other people have done the same. But there are still plenty of people out there who prefer to use wired headphones, perhaps so they don’t have to worry about charging yet another device.

The Galaxy S9 features a bold new “headphone jack.” With it, you can “plug in” headphones without having to deal with Bluetooth. Amazing!https://t.co/HXW0BdPP6L pic.twitter.com/9xSZBtklAQ

There’s certainly nothing wrong with that… unless you’re an iPhone user. If that’s the case, then you’ll have to use the 3.5mm to Lightning adapter Apple includes in the box with each iPhone. Or, if you want to listen and charge at the same time without using a wireless charger, you’ll need a third-party splitter.

Samsung’s Galaxy S9 and Galaxy S9+ have dedicated 3.5mm headphone jacks, so none of this is an issue.