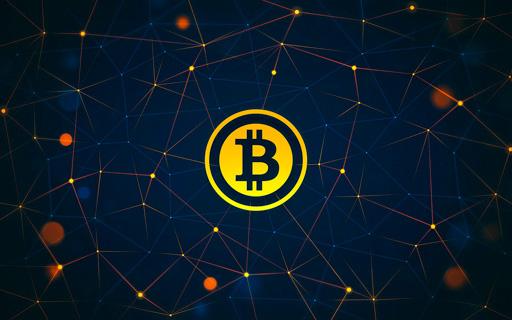 If you have been on the internet anytime this year, one word you are sure to come across is Bitcoins. A lot of Ghanaians have been talking about how bitcoins are making people rich and how it’s value is increasing.

Here on Mfidie.com, questions on bitcoins are one of the most asked. In this article, we decide to break bitcoin down to bits we can all process. So stay put, grab your Sobolo and read. If you are confused about something, just ask in the comments section below.

Bitcoins are a form of virtual currency – meaning, if you have bitcoins, you do not physically purchase goods by handing notes or tokens to the seller. Bitcoins are used for electronic purchases and transfers. You can use bitcoins to pay friends, merchants, etc if they accept it as a medium of payment.

The blockchain records every single transaction, both present and past, as well as the ownership of every single bitcoin in circulation. The people who are constantly verifying the blockchain, ensuring that all the information is correct and update it each time a transaction is made, are called ‘miners‘. One way to think of miners is they are those who confirm transactions.

Their job is to ensure that the transaction is secure and processed properly and safely. In return for their services, miners are paid fees by the vendors/merchants of each transaction and are also given physical, minted bitcoins. Miners are generally considered to be the richest people in the chain.

Why the popularity of Bitcoins, especially in 2017?

Bitcoins are growing in popularity, and although they were largely used by speculators who were looking at it as a way to make money by buying bitcoins at lower prices and selling them at higher prices (much like trading foreign exchange or forex), there is a growing trend of businesses accepting Bitcoin as a form of payment.

Bitcoins have been popular in Ghana and around the world in 2017 mainly because of the tremendous gains made by the currency. The value in 2017 alone has increased from around $1,000 in January to $15,000 in the beginning of December.

Many people think that owing Bitcoin will magically make them rich, but this is totally not true. Bitcoins can make you lose money too.

Determining the value of bitcoins

Bitcoins are like any other currency: they fluctuate in value relative to other currencies. Similar to how the Ghana Cedis’ valuation with respect to the US dollar is not static, bitcoins have had drastic movements in price as well and this is likely to continue, positively and negatively.

At the time of writing the first version of this article, one bitcoin was worth GHS 72144.36

The value of a bitcoin is constantly changing, and there is no centralized exchange for it. Picture this scenario: each time a bitcoin changes ownership from the seller to buyer, the two parties need to agree on its price. There is no ‘fixed’ price. Usually, it’s the seller’s responsibility to give a fair price to the buyer based on what rate bitcoins are being traded in elsewhere.