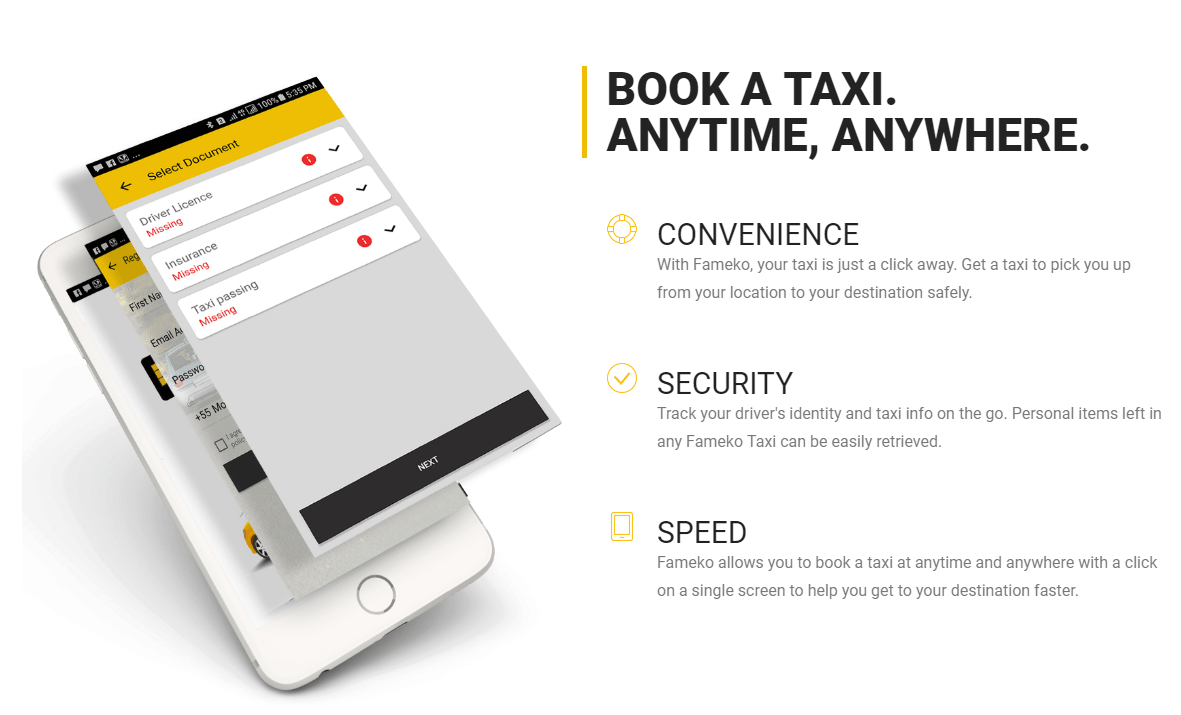 Fameko, a Ghanaian ride-hailing platform has been launched in Accra with special offers for both drivers and riders.

Speaking in an interview with GhanaWeb, the Chief Executive Officer, Kofi Agyapong said the Fameko Taxi App offers services like Fameko Luxury where car rental companies can acquire luxury cars for individuals or groups for their trips.

He said there is a driver recruitment service where drivers are recruited for companies upon their request.

“If you are an individual and you need our services, we can give you competent drivers,” he added.

In addition to the above services, Mr Agyapong said there are insurance and vehicle tracking packages for drivers and vehicle owners who sign up to the Fameko Taxi App.

For customer security, he explained there is a system where Fameko monitors the movement of their drivers and know their whereabouts and what is happening to them.

Mr Agyapong touted Fameko as the only online Taxi service designed to give drivers flexible charges in terms of rate as well as protection to the drivers.

“We are able to track their identity if anybody cause harm to the driver or there is a theft on any issue, we can be able to track and know where the person is,” he explained and added, “Drivers are assured of competitive fares where customers pay by cash or mobile money.”

Fameko according to Kofi Agyapong offers drivers pre-paid services where they will are permitted to load their Fameko Taxi Wallet with cash to prevent issues of drivers owing the Taxi App Company.

Drivers who were at the launch also expressed their excitement of having a Ghanaian-owned service transport App with lower charges and flexible payment terms.

According to them, “Fameko has proven to listen to the concerns of drivers and we expect them to give a great competition to the others who are already in the system.”

The Fameko Taxi app is available on iOS and Android.