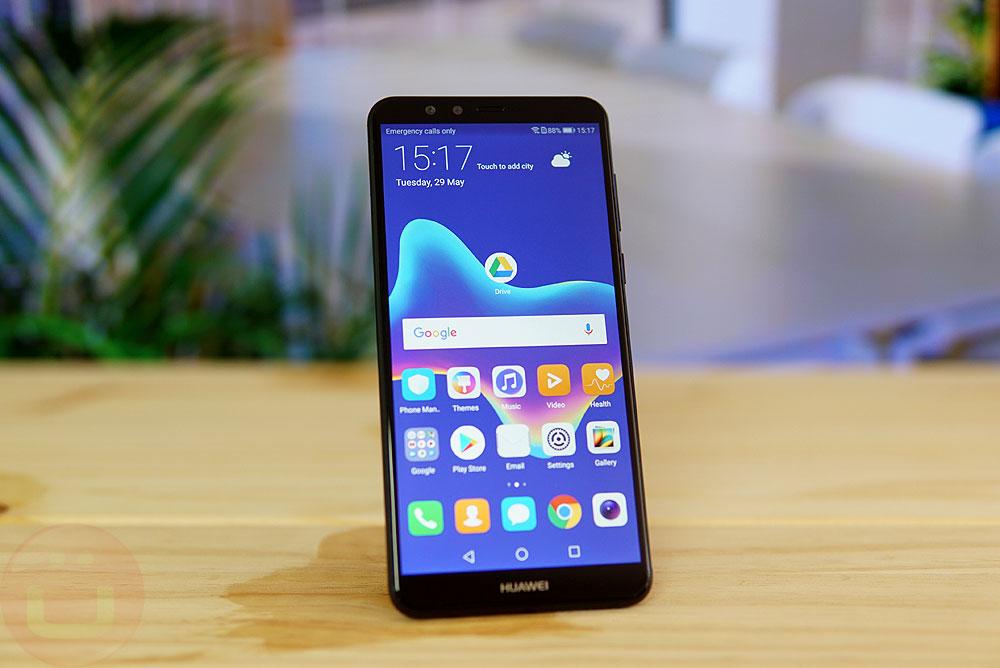 Huawei has enjoyed tons of plaudits in recent times for premium smartphones such as the Mate 10 Pro and the P20 Pro, but what about if you need a phone that is easier on the wallet?

Well, the Chinese manufacturer does a brisk business selling low and mid-range handsets aimed at the budget conscious consumer. One such device is the Y9 that sports a notchless 5.93-inch FHD+ display, dual camera setups front, a massive 4,000mAh battery, and a GHS 1099 price tag.

Key Specs of the Huawei Y9

Look, Feel and Performance of the Huawei Y9

Huawei has given the Y9 a quality metal unibody design that feels reassuringly good in the hand and defies the notion that this is a budget-minded handset.

The phone is comfy to hold thanks to its rounded edges, and the metallic design means that the Y9 isn’t as slippery as a bar of soap, nor does it turn into a fingerprint magnet, unlike phones with an all-glass design. The finish is a little reminiscent of the Honor 7X that launched back in 2017, which is no bad thing in itself.

The Y9 follows the standard layout found on Huawei handsets with the volume controls sitting above the power button on the right-hand side. Fans of the audio jack will be happy to note that there is a 3.5mm port on the bottom of the device to the left of the MicroUSB charging port.

While OLED is pretty much the benchmark when it comes to smartphones, the 5.93-inch IPS LCD on the Y9 provides good viewing angles and colours are vibrant enough although the screen is a little on the warm side. This can be adjusted in the Display settings by choosing between Default, Warm, and Cold, although you can customize this even further if you wish.

Sporting a Kirin 659 octa-core processor and 3GB of RAM, the Y9 isn’t the speediest handset you’ll ever use but considering its GHS 1099 price tag performance is more than useful.

Apps and games opened quickly enough although the phone does get a little sluggish when there are loads of apps open or if you get too tab happy when using the Chrome browser. We don’t place too much stock in benchmarking apps, but we’ve run the Huawei Y9 through Antutu and Geekbench 4 with the results below.

In terms of connectivity, the Y9, unfortunately, lacks NFC which means that it is incompatible with Google Pay. With slots for both dual-SIMs and a MicroSD card, you can enjoy dual-SIM connectivity and expand the phone’s storage with a MicroSD card simultaneously.

If you’ve used a Huawei or Honor handset from recent times, you’ll already have a good idea of what to expect from the EMUI interface. The Y9 runs Huawei’s EMotion UI interface v8.0 running atop of Android Oreo 8.0 which brings a whole host of additional features with it. While we’ve seen the newer EMUI 8.2 appear on handsets such as the Mate 20 Lite, EMUI 8.0 is still a vast improvement over previous versions.

When setting the phone up for the first time, you’ll find that the app drawer is disabled by default, you can avoid this iOS-like experience by merely delving into Settings, Display, and toggling the Home Screen Style to ‘Drawer.’

There are a few pre-installed apps that include Netflix, Instagram, Messenger, Booking.com, Z Camera, as well as a few games such as Asphalt Nitro, Dragon Mania, Kingdoms, Puzzle Pets, and Spider-Man, all of which can be uninstalled, so there’s nothing to get worked up about.

If EMUI isn’t quite your bag, you can always install a third-party launcher such as the Nova or Pixel launcher to customize your home screen the way you prefer.

Huawei phones are known for having quick and accurate fingerprint readers, and the Y9 doesn’t disappoint with its easily accessible sensor on the rear panel below the dual camera setup. You also have the option of setting up facial recognition to unlock the phone, and the experience is surprisingly good, it unlocks the phone in an instant.

With a big 4,000mAh battery, you might expect the Huawei Y9 to get through the average day with comparative ease, and you would be correct in that assumption. The combination of the big battery coupled with a Full HD+ display and a chipset that sips power results in the ability to get two days of usage with around 6 hours of on-screen time, without getting to single digits.

If you need even more battery life, you can enable power-saving features such as Power Saving Mode and Ultra Power Saving Mode to go event further between charging sessions. You can even reduce the screen resolution from 2160 x 1080 to just 1440 x 720 so that the GPU doesn’t draw quite as much power to eek out some extra battery life.

Of course, when the battery is eventually flattened you are left with charging it back up via the MicroUSB port which is nowhere near as quick as Huawei’s proprietary SuperCharge technology seen on the company’s flagship devices. After a couple of hours, though, the battery is fully recharged, and the Y9 is ready to go again.

The Y9 sports a total of four cameras with two on the front and two on the back. The back pair consists of a 13MP sensor with f/2.2 aperture and Phased-Detection-Auto-Focus (PDAF) while the accompanying 2MP sensor provides depth-of-field information for those bokeh and portrait shots.

The specifications are impressive, and in real-life, the rear cameras produce more than acceptable results. The f/2.2 aperture of the main 13MP sensor means that low-light and night shots aren’t as amazing as what the P20 Pro would produce, but they are still very serviceable and good enough for social media purposes.

The front pair includes a 16MP sensor with f/2.0 aperture along with a 2MP sensor to again provide depth-of-field information when taking selfies in portrait mode. As with the rear camera setup, the front cameras produce images that are perfectly fine for sharing on social media. If you fancy yourself to be the next David Bailey you may need something a little more powerful and a whole lot more expensive.

Pricing and Availability of the Huawei Y9

Price of the Huawei Y9 in Ghana

The Huawei Y9 is available to buy in Ghana starting from 9th November 2018. Here are the shops you can get from and their prices.

Price of the Huawei Y9 in other regions

With similar specifications to the Honor 7X but with dual camera setups front and rear and a massive 4,000mAh battery, the Huawei Y9 brings increased camera chops and up two days of battery life to the table for just GHS 1099.

On the downside, the Y9 makes do with a MicroUSB 2.0 charging port, and NFC is missing altogether which means users won’t be using Google Pay. However, the Y9 has a solid metal design, a quality IPS display, adequate performance, handy dual cameras, an audio jack, and the incredible battery life that we’ve found so impressive.

The Huawei Y9 meets almost all of the requirements you might want in a smartphone, especially when you consider the GHS 1099 price tag. If you can live with EMUI, the Huawei Y9 is a serious alternative to the similarly priced Moto G6.