Huawei Y9s: Is it all beauty? 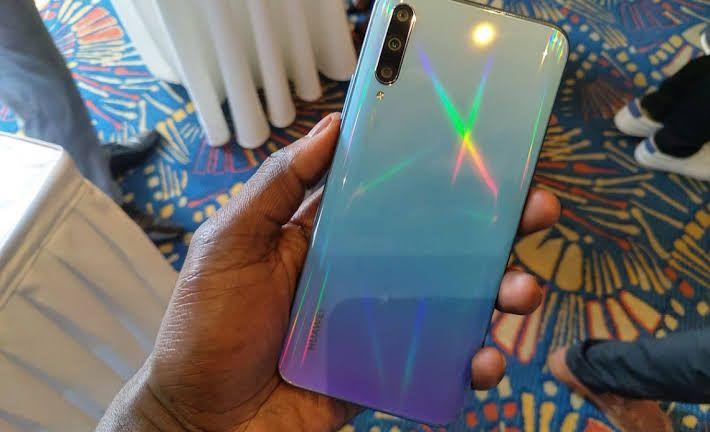 At the end of 2019, Huawei announced the Huawei Y9s which was well received by the Ghanaian public and was sold out on launch day.

The Huawei Y9 series of phones dates back to 2018 and was relaunched several times over the past year as the Y9 prime (2019), Y9(2019) and finally the Y9s. part of the reason they kept relaunching the phone was because of the US ban which prevented them from doing business with US companies including Google.

In order to still have Google apps for its low and mid-range phones, they found a loophole in the ban and relaunched old phones.

I’ve been using the Y9s for a month now and I’ve been really impressed by how solid the phone feels. At six and a half inches, it isn’t the smallest phone on the market but the full-screen display makes gaming and media consumption so fulfilling.

At 1500 cedis, it is a bit cheap which explains why it sold it on launch day. When I purchased the phone, I received a sports Bluetooth headset and a selfie stick. I don’t know where the stick is but the headset really cancels out the noise so well that I’m really grateful for it.

I’ve had 1080p screens in all the phones I’ve used but the Y9s still managed to take my breath away. The full-screen display is immersive and makes videos look so much better. The colours are vibrant and the contrast is good too.

Mobile games such as PUBG and Call of duty Mobile looked really good on the screen too. The full-screen display is achieved because of a pop-up camera. While it may be a worry for some, I barely use my front camera so it’s fine with me. Overall it’s a great viewing experience.

One of the things that caught my attention when I bought the phone was the specifications. 128 gigabytes storage space with 6 gigabytes RAM was too much for that price point. The phone runs smoothly and switching between apps has never been easier.

As a student, I usually juggle studies with social media and a hint of games but there’s nothing more annoying than going back to an app only for it to have closed. This doesn’t happen with the Y9s and I’m really glad.

The Kirin 710 processor seems to work well for me as I don’t use too many demanding apps as I am a casual gamer. Both PUBG and Call of duty mobile run well on the phone albeit at medium settings.

Pairing a medium-tier processor with a 4000 mAh battery is the recipe for great battery life. Without playing any game, I can easily get through a day and a half with a full battery. It takes just a little over an hour to charge the phone to the max so you never have to worry about any battery issues.

There is a single speaker at the bottom of the phone which produces really good audio though the bass is lacking. The phone comes with a 48 MP main camera, an 8 MP ultra-wide camera and a 2X telephoto lens. The cameras take really good photos in daylight though colours appear a bit muted.

There is a night mode on the phone though it feels kind of gimmicky. It’s nice that there is an ultra-wide camera for taking landscape photos. The 16 MP front camera is able to capture small details and video calls look great for the price. I was really content with the camera through the AI assistance sometimes got out of hand.

If you are a hardcore mobile gamer, I can’t recommend this phone for you. The processor works well for 2 hours of gaming and then starts lagging. The camera quality is fine for social media but it can’t compare to many other phones. If you want a really good camera, please don’t pick this phone.

In spite of all this, the Huawei Y9s really works well with its great features and anyone who picks one up would be content with it.