The Infinix Hot 6 and Hot 6 Pro have superior design and feel, although they run on an older Snapdragon chipset.

Fans of Infinix will be happy the Infinix Hot 6 –  successor to the Infinix Hot 5 is here and available to buy. With the Hot 6, Infinix has provided a true “2018 smartphone”, with the inclusion of a rear dual camera set up and an 18:9 screen ratio. 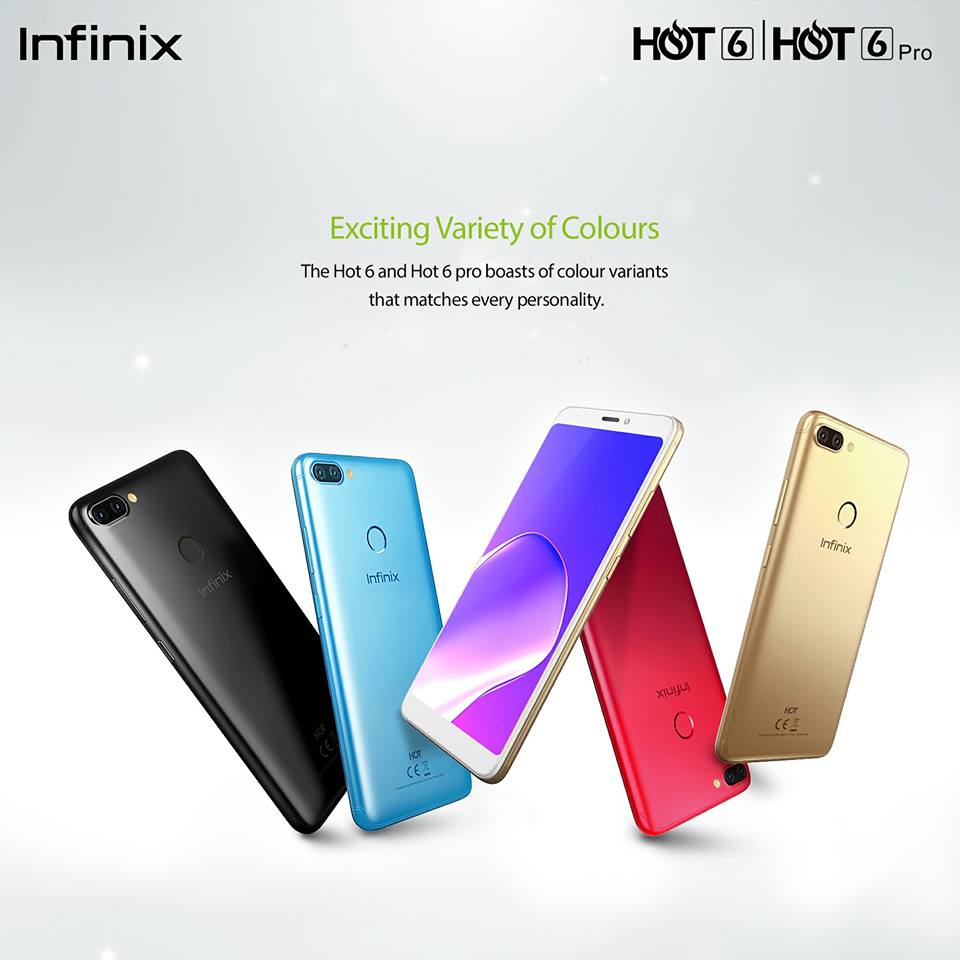 A quick look at the front of the phone will show that design-wise, Infinix has been apt – providing smaller bezels for a bigger display. 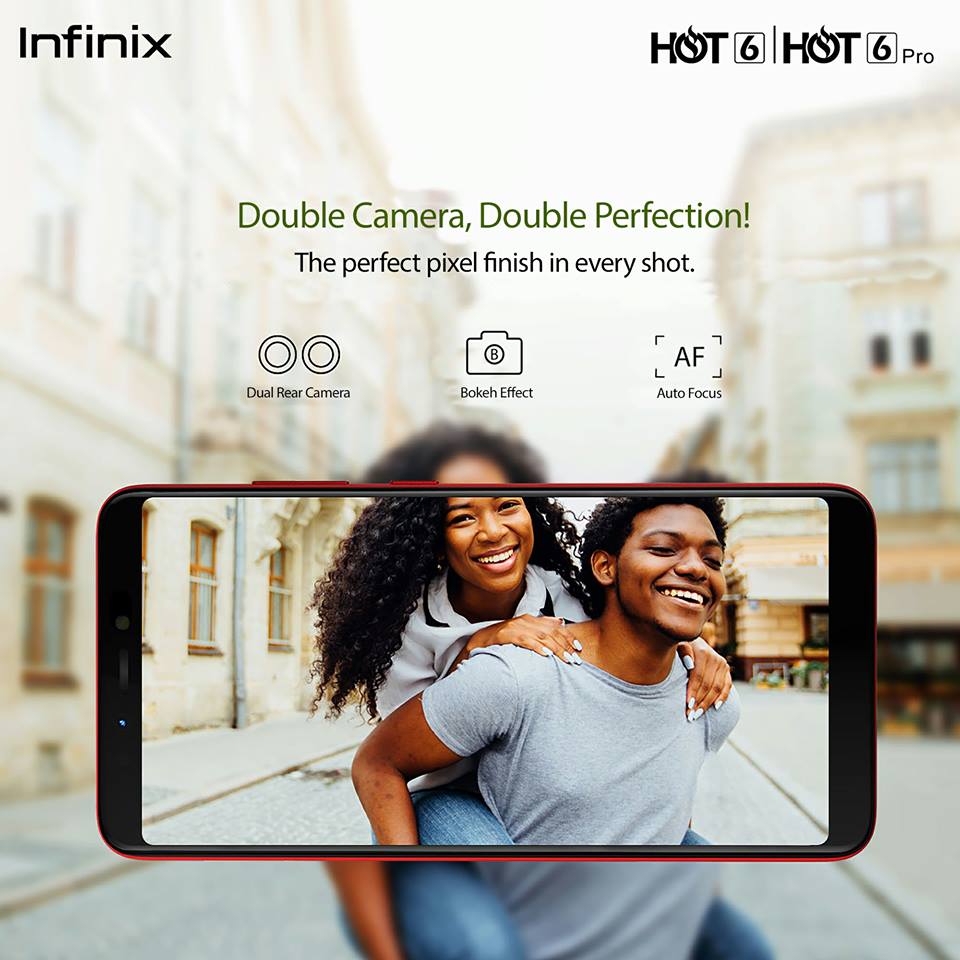 The two phones have a lot in common.

They both come with the same 6-inch HD+ capacitive touchscreen with 720 x 1440 pixels in resolution.  They are both bezel-less with stunning displays as well. This means you get the same visual experience with both smartphones, there’s no difference here.

When it comes to the Camera, both the Hot 6 and Hot 6 Pro sport dual 13MP + 2MP rear shooters are and 5MP front camera. No differences here too.

When it comes to performance, the Hot 6 and it’s pro counterpart are both are powered by the Qualcomm Snapdragon 425 chip, a Quad-core processor clocking at 1.4GHz, offering fast performance. The Adreno 308 graphics processor runs everything relating to graphics here. 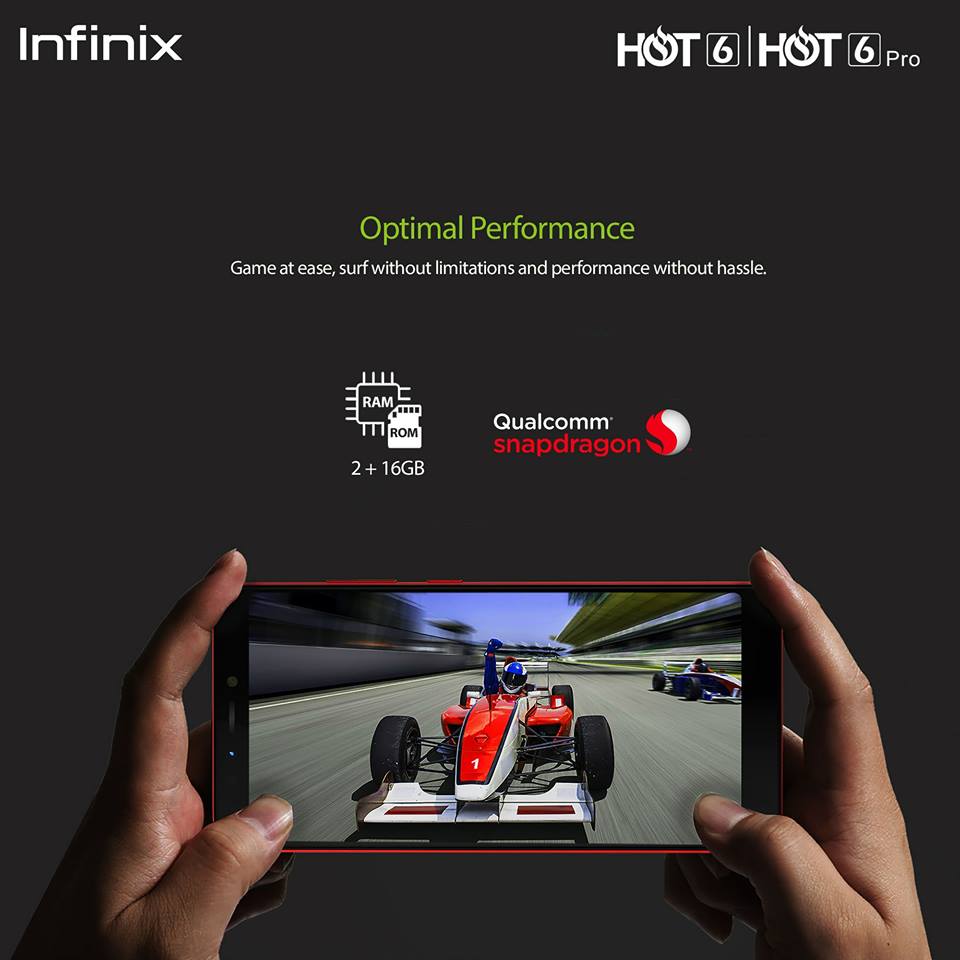 Features of the Infinix Hot 6 and Hot 6 Pro

Infinix maintains the trend of making recent smartphones in the market with a slim bezel and compact design. The Infinix Hot 6 and Hot 6 Pro still belong to the budget category with a plastic design peculiar to this sector of the market.

It appears long due to the 18:9 aspect ratio with close to maximum utilisation of the space up front. Two rear cameras are arranged at the top left corner of the smartphone while the fingerprint sensor is towards the centre with Infinix logo below it.

There’s a not too crisp display in place with dark bars surrounding it and little bezel to the side.

One of the areas, the Infinix Hot 6 impresses is the battery capacity which is not really behemoth but is enough for extensive usage. There’s a 4, 000 mAh battery running the show on both devices and both come with quick charge to get the phone powered up in no time.

There is more or less the same sensors on both smartphones. There’s dual camera at the back featuring a primary 13MP as well as a 2MP and a single one up front. Same as the other model, you have a 5MP camera for selfies along with a flash on the front of the Infinix Hot 6 Pro. 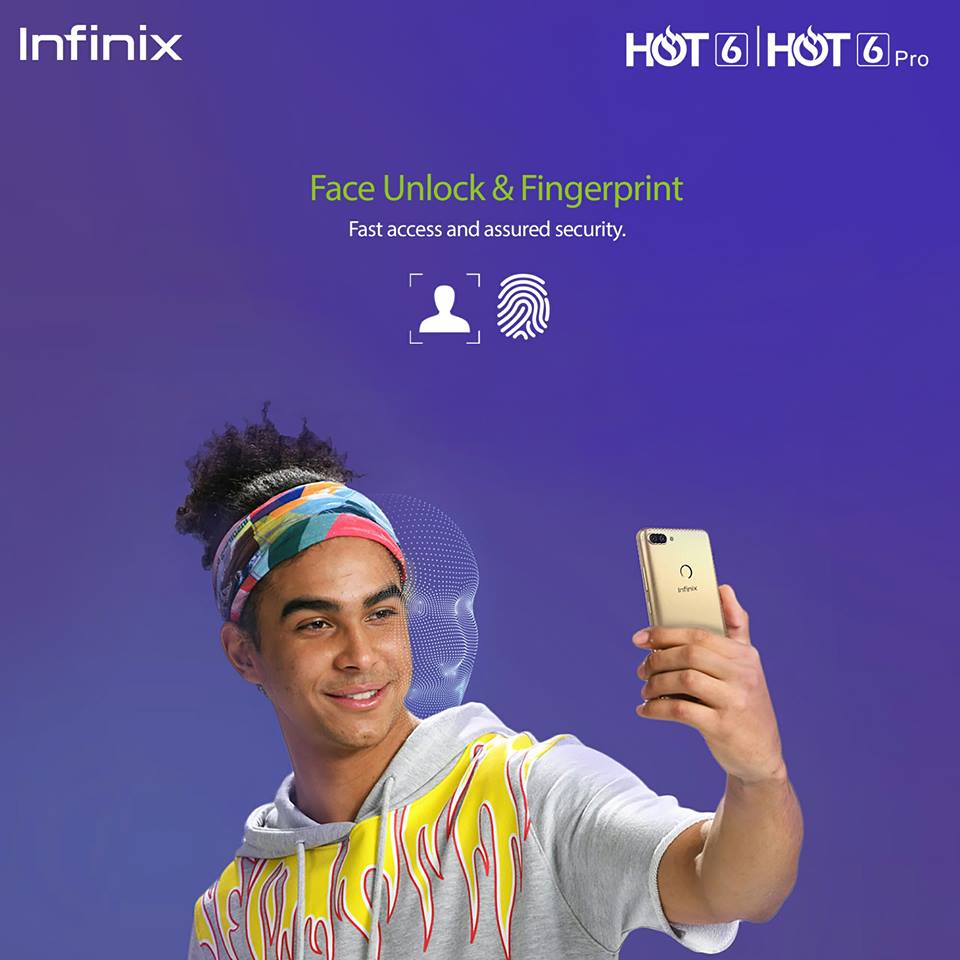 The Hot 6 and Hot 6 Pro were initially rumoured to be shipped with the MediaTek Helio P23 but the company deem it fit to go the Hot S3 way by bringing in an older version of Qualcomm processor, the Snapdragon 425 along at 1.4GHz Quad-core coupled with Adreno 308. This processor allows the device to control its performance and graphics including intense and resource hungry games. 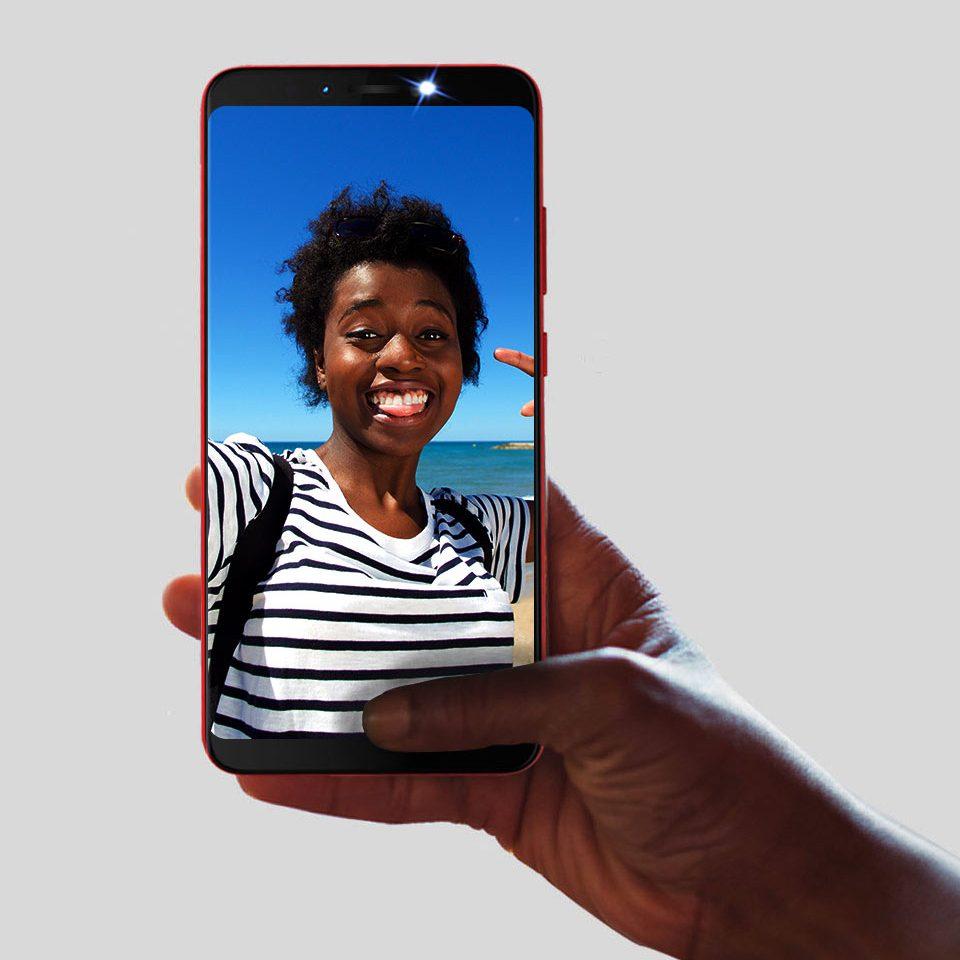 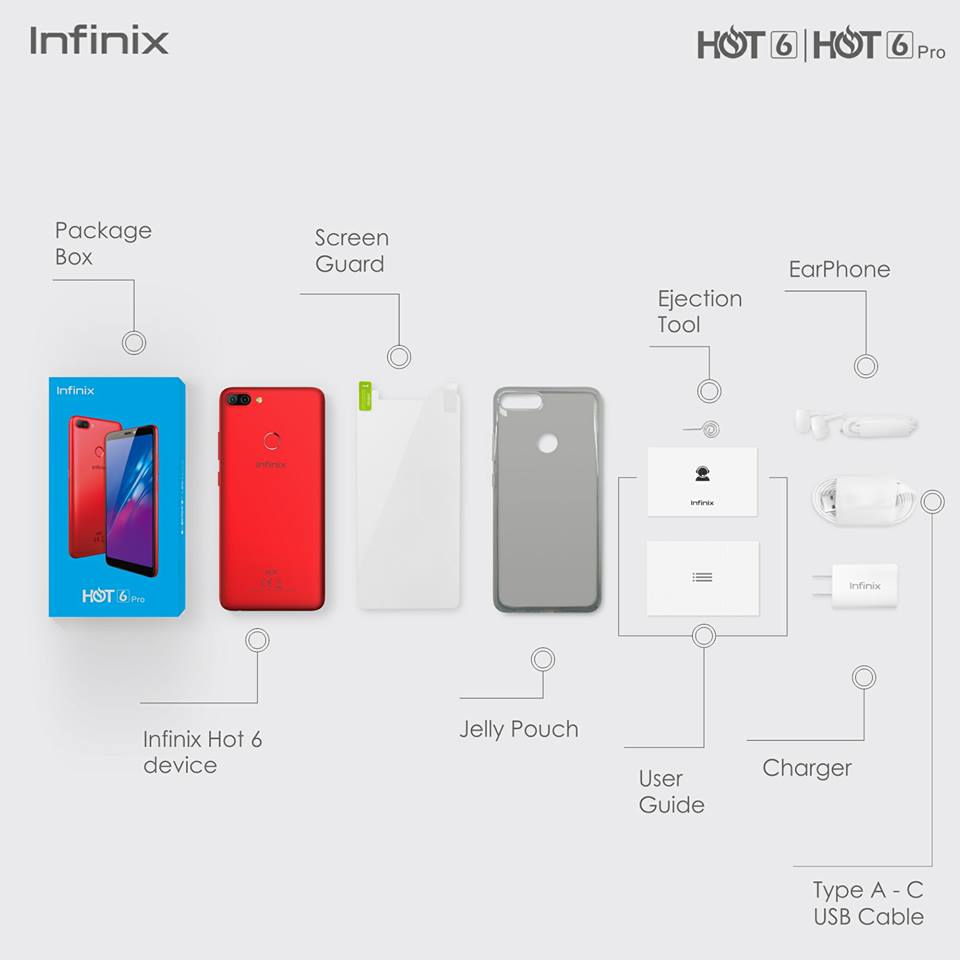 You should go for the Hot 6, only if you’re a user of light apps but if you want to take things further, the Infinix Hot 6 Pro is highly recommended.