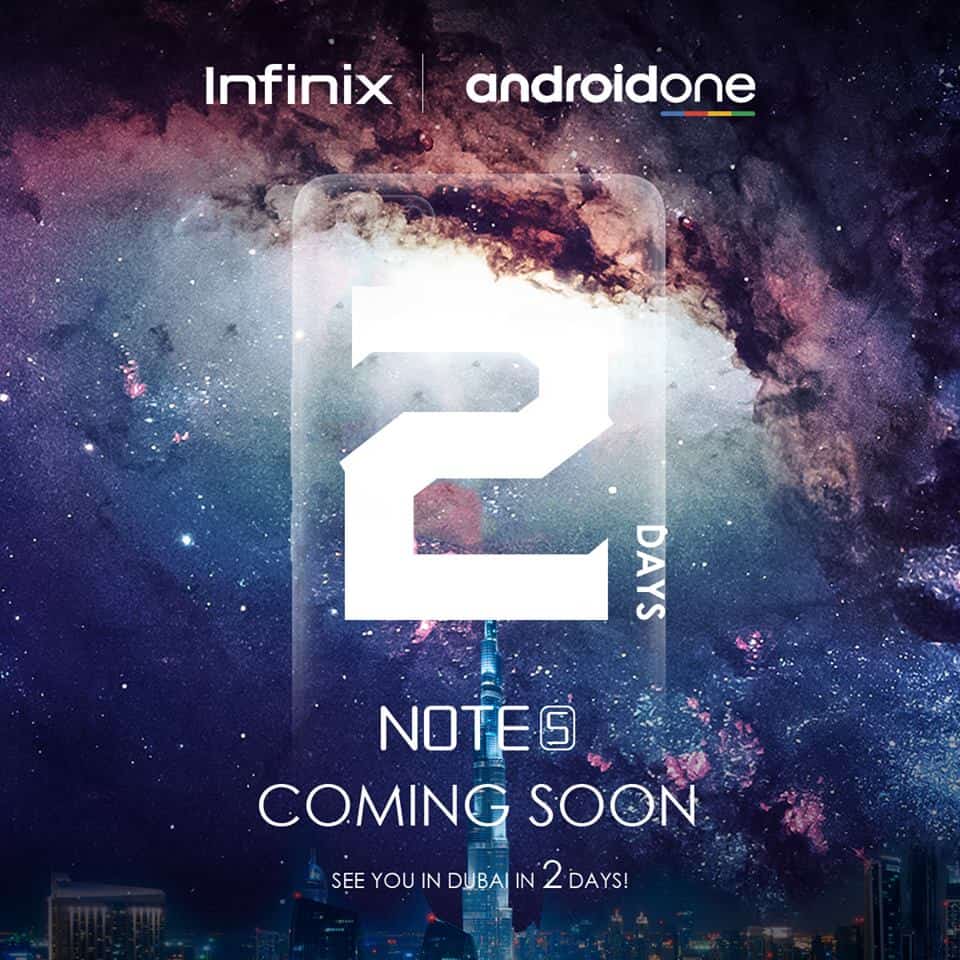 Infinix Note 5, the latest addition to the flagship Infinix Note series is being rumoured for release on June 24th. Boasting advanced technology and exciting new features, the new release will have the potential to give its competitors a real challenge.

The Note 5 is expected to maintain its history of bringing something extra to the market. Offering a plethora of new and upgraded features, it is heard that the phone will provide a full HD+ display based on an 18:9 screen ratio.

But where it will really set itself apart is with its giant 4500 mAh battery, which should give a whopping 3-day usage under normal usage.

The camera is no less in this seemingly all-around phone. A 16 MP front camera should easily give you clear selfies even in low light, along with a supportive 12 MP camera in the rear for your favourite photography.

Infinix chose the slogan “Beyond Intelligent” for this phone, which rightly uplifts one of the best features of the phone: Android One.

Also on Mfidie.com:   List of MTN Shortcodes for all Services in Ghana [Updated 2022]

While it has had a salty reputation back in its early days, the Android One system has made a comeback and has started to appear in the latest high-end devices. Integrated within the Note 5, it should deliver the best Android OS experience using advanced Google technologies such as Google Lens and Google Assistant.

All this means that the Infinix Note 5 will be one exciting release. Smartphone customers are anticipating a strong move from Infinix, a company which has grown itself steadily into various markets around the globe and proved to be a reliable brand for any handheld companion.

The Launch of the Infinix Note 5

More than 200 guests are invited from around the region to join Infinix and Google in celebrating the launch of Note 5, which will be held at the Armani Hotel, Burj Khalifa, Dubai – the tallest skyscraper of the world.

Infinix users will be able to experience updated Smart AI technology through the latest Google applications, which are designed to let the user take a step into the future and experience the power of Artificial Intelligence.