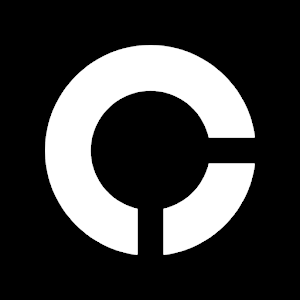 A new mobile money platform is hitting the market, through which users can send and receive money from foreign countries at no cost.

The mobile app named Chipper Cash, also enables users to send and receive money from one telecom service provider to another, for instance in the case of Uganda, from MTN Mobile Money, to Airtel Money.

Chipper Cash is the brainchild of Ham Serunjogi, a Ugandan based in the US city of San Francisco.

Mr Serunjogi tells Chimpreports, the money transfer platform is the first of its kind in Africa, and is already operational in Uganda and Tanzania.

“Chipper Cash will facilitate completely free and instantaneous peer to peer payments, both within a country as well as from one country to another,” he said.

Next, he says, the plan to roll out the platform in Kenya and Ghana in the coming weeks, and later on in neighboring Rwanda.

In Uganda, Serunjogi says the app supports payments from Airtel, MTN and Africel, whereas in Tanzania it’s Vodafone, Airtel and Tigo.

When the app is launched in Ghana, the service will be available for customers on MTN, Airtel, Vodafone, Expresso, Glo and Tigo, while in Kenya it will be Airtel and Mpesa.

Users can send and receive money across all these mobile money platforms, any time, at no cost.

To enjoy this service, one needs to download the Chipper Cash app from Google Play Store or the Apple Store and sign up. They are then able to send cash from their mobile money account to any number registered with the above-named service provides in the said countries.

“Chipper allows users to connect their mobile money accounts to their Chipper wallets and send that money to anyone else in the same country (even on another network), or to another country that we support, with no transaction or exchange rate fees, or the 1% tax,” Serunjogi said.

Upon sending, he says, the recipient will receive an SMS notification showing the amount received. The SMS includes a link to downloading the app.

After downloading and registering, the user will find the received money credited on their wallet. The amount can then be transferred to their mobile money account, from where it can be withdrawn.

Users sending money across the border don’t need to worry about foreign exchange, because the app will do it automatically.

“A user will send Kenyan Shillings, and the receiver in Uganda will get Uganda Shillings on their account,” Serunjogi explained. “The App is equipped with up to date foreign exchange rates.”