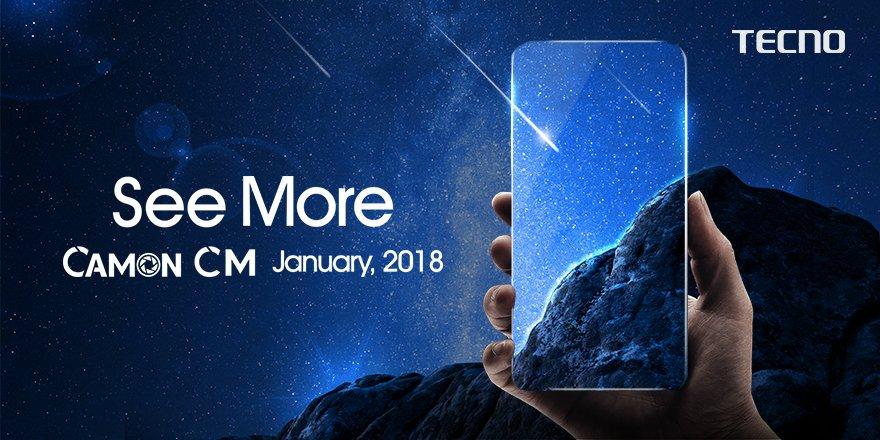 Last year was very good for TECNO. As early as in March 2017, the company released the Tecno Camon CX and the Camon CX Air. As with all Camon Series, the camera was the big takeaway from the CX. Tecno fans across the country are naturally waiting for the release of the successors to the CX and the CX air.

Everyone is looking forward to seeing what TECNO will do this time around. There have been rumours about what the new phone will be and how it will look. However, Mfidie.com can reliably confirm that the Chinese company will soon unveil an 18:9 display smartphone in Ghana. The phone will be the Tecno Camon CM. While we have not yet fully confirmed the specs of the Tecno Camon CM, we do know the Camon series are great on camera but perform relatively poor when it comes to performance specs. The Tecno Camon CM should naturally follow suit.

Oh, this article says 3 Android 8.1 Oreo phones. I have only mentioned one so far. Let’s get to the others!

We went a step further to check from benchmarking platform Geekbench to see if any new TECNO Devices have been tested “in the wild”.

Apparently, there are two or more TECNO Phones in the works: TECNO CA7, the TECNO CA8 and TECNO R8. We are pretty sure that these are just codenames and not the phones’ final names. When you look closely at the specs of the CA7 and the CA8, it is only safe to assume, from precedence, that the two phones are variants of the same model.

As the phones are yet to be released, it is again safe to assume that the results from Geekbench may not be a 100%, but they shouldn’t differ much from the final product we should see.

Both the Tecno CA7 and CA8 have been listed with a MediaTek MT6763V/V processor, otherwise known as Helio P23, however, the former has 3GB RAM while the latter has 4GB RAM. In terms of software, the pair gets Android 8.1 Oreo out of the box, which should be more than a welcome idea for many fans.

While the Helio P23 processor implies that the Tecno CA7 and CA8 will come just below the Tecno Phantom 8 (which has the Helio P25 and 6GB RAM and is currently the company’s high-end phone), the MediaTek MT6737 chipset on the Tecno R8 suggests that this phone is targeting the entry-level market, just like the Camon CX Air that shares the same processor. On the contrary, the R8 has been listed with a mere 1GB RAM, which is half what is used on the CX Air, but it has the same Android 8.1 Oreo as the others.

The phones are likely to be released before the end of March 2018.