At the MTN Apps challenge v5.0 finale, brilliant innovators & App developers took home amazing prizes including cash for the fantastic projects they submitted in the with Razak Issaka emerging the overall winner. 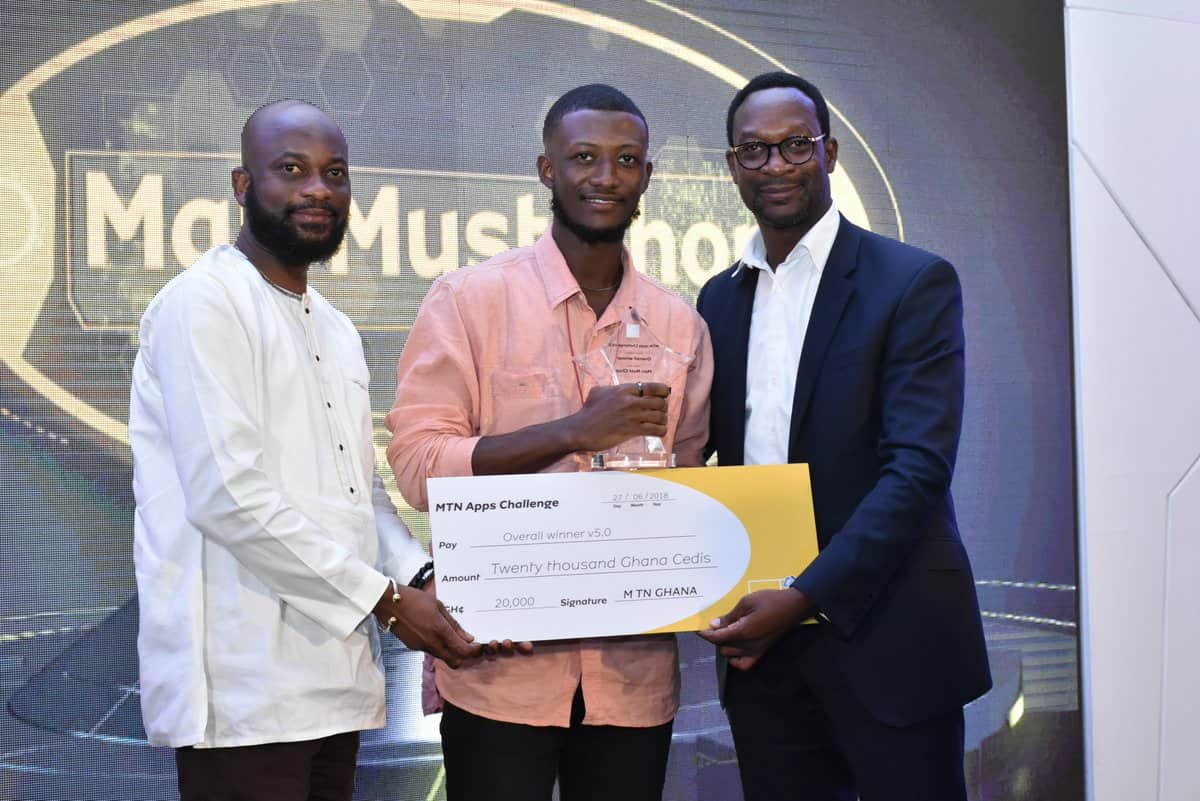 The MTN Apps Challenge has become one of the standing app challenges most developers in Ghana look forward to, each year.

Here are all the winners of the MTN Apps Challenge Season 5:

Sario is a platform that allows content creators to run a content subscription service, provide exclusive experiences to their subscriber and get paid.

Redefining the crowdfunding model; helping more creators monetize their craft and raise funds for their projects.

It is a mobile application that enables citizens to report community problems without needing to know the specific agency responsible for resolving such problems.

Citizens can track the progress of their report and give feedback to the relevant agencies.

Andy Korshie-Sherie developed the ATSU app. Atsu is a top-down logic puzzle solving game that allows kids to learn the basics of logic and problem-solving in a fun and entertaining way.

This game is meant to allow everyone to see how fun it is to solve problems logically.

Memoria was developed by Elohor Thomas and Ehiaghe Aigiomawu both of who are MEST 2018 Engineers.

This project in the Internet of Things Category and was developed by Ayatullah Zakaria.

Smart Traffic Control System utilizes computer vision for a more efficient traffic control. Vehicle flow and waiting times will then be automatically determined and assigned to each lane based on the vehicular density.

The overall winner of the 2018 MTN Apps Challenge, Man Must Chop is an exciting story of an ambitious and energetic young man called Aluta who is simply trying to find himself as he ‘hustles’ through the hard streets of Accra.

As a man of many ‘talents’, he is constantly trying out different jobs all in his endless attempt to discover what he is best at. The app was developed by Razak Issaka.

Winner of the new Best Female Project, KayaApp was developed by Naomi Kokuro.