Notch or Hole Punch: The race to a full screen phone is on 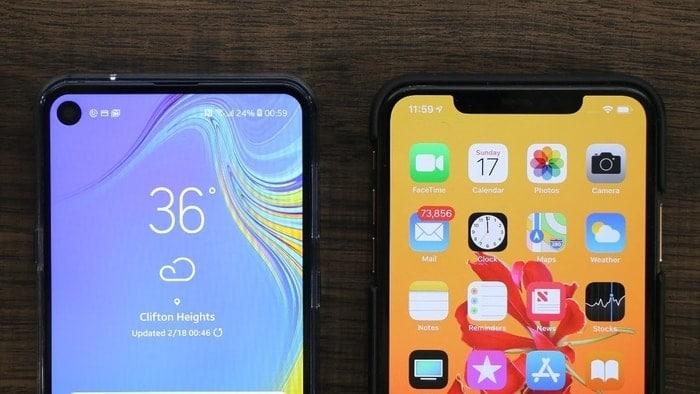 In our bid to make it to a full bezel-less display we have pushed ourselves to the limit and now the only obstacle remaining is the front-facing camera. Many smartphones have come with their own method of clearing the hurdle.

From the hole punch display of Samsung to the motorized camera of the new Huawei camera, here are the most innovative ways of the Smartphone industry.

Perhaps the most famous of all the adaptations have to be the notch. The notch was Apple’s response to the bezel-less future in iPhone X and as a pacesetter, all the other companies followed suit albeit in different styles. The iPhone had a big notch because the company added a much more secure 3D face unlock system. Other companies opted for a single camera cutout which is far less secure than the 3D system but if far faster (Oneplus 6T)and less intrusive than the 3D system. Almost all the smartphones in 2018 came with this setup and because the camera is stuck in place, the selfie addicts have no issues with the longevity of the product.

The companies which didn’t want to follow Apple’s lead went for a Popup camera instead. The two most popular phones: Vivo Nex and the Oppo Find X that implemented this mechanism had two different ideas.

In 2019, Oneplus introduced the Oneplus 7 Pro which had a Vivo Nex style popup mechanism. In order to assure customers about the durability of the front facing company, Oneplus posted a 12 hour Youtube video of the camera just elevating and retracting.

The Popup mechanism offers the phone a future looking display and the new Oneplus 7 is a representation of that. I never thought that the feature would come to budget phones but then Huawei had other plans and released the Y9 Prime. This method works best with people who rarely use the front-facing camera but still need for video calls and other stuff. Other phones that have this are

The sliding mechanism is an adaptation of the popup mechanism which requires manual effort to raise the slider which contains the front-facing camera and answers the question posed to the popup mechanism. Because the slider depends on effort, the is almost no case of it failing(unless you lose your thumb) but then wear and tear becomes an issue albeit less devastating.

When everyone was doing the notch in 2018, Samsung assured its loyal fans that it wouldn’t follow suit. In 2019, Samsung introduced the Hole Punch design which had the camera cutout at the right where the battery is supposed to be. Many users have stated, that this format is far less intrusive than the notch due to the placement. Samsung also took the liberty to minimize the bezels on the sides of the phone by introducing curved edges giving the phone a futuristic look and feel.

The Vivo Nex S 2 and the Nubia X have a second display at the back to allow you to use the rear camera as the selfie camera too. Having a second display is good if you wreck the first one and it also allows your girlfriend to see herself as she poses for the camera but then it can’t have a hardcover case because of the rear display.

Another way to use the rear camera as the selfie camera is a rotating camera mechanism like the Galaxy A80 or the Zenfone 6.

The way to a full-screen phone is an in display camera which was almost impossible in 2018 but thankfully the wait is over, Samsung claims to have finally cracked it and our fingers are crossed. As we wait for it, let me know down in the comments which alternative mechanism suits you.