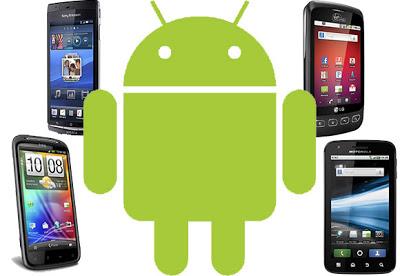 Everyone seems to be Ok using Android phones these days and prefer not to go with IOS because of some of the reasons listed here. In actual fact, I have studied both devices and come to realize that, most of those who criticize IOS do not actually have it and never used it even once.

Quite unlike the IOS, it’s like the popularity and Android fever is spreading and almost everyone carries Android device around. In this article, we are going to look at 7 reasons why Android Os sucks. Below are the reasons;

Exposure To Virus And Malware

When it comes to security, no one beats that of IOS, no doubt, and even in the App Store, there is no single antivirus application for IOS because practically, IOS does not get attacked by virus and malware.

By visiting unsecured websites, downloading or connecting your android device to your computer for file transfer through USB, your Android device can be infected with Virus or malware.

Because of this, there are so many anti-virus applications on the official Play Store of Android devices because they already know the OS is not protected from virus attacks. Anyone can send you a virus through the internet or Bluetooth. This sucks!

There are a whole lot of crappy apps that fill the Play Store. Anyone can just decide to create an Android application and get it approved for users to download.

The Play Store has a poor regulation leading to loads of apps that can even brick your device. Some of these apps can even steal your personal information.

Software Updates Not For All

As witnessed, Google can decide to launch a new OS for the Android but this will never be available for all devices at once. Someone using Samsung galaxy S4 may get the update whereas someone on S3 wouldn’t.

We all know that having a good battery on mobile gadgets is one of the ways to enjoy its functionality fully. IOS beats Android when it comes to battery life span.

iPhone batteries are already sealed and cannot be removed easily unless going for a replacement. This they do because the battery comes with a longer life span, unlike Android.

While it is very easy to identify a genuine Apple device, the same cannot be said of Android with several fake products bearing the name of popular OEMs that are hard to detect.

Fragmentation is the biggest issue of Android, with the numerous OEMs saddled with the running out of devices, the possibility of getting fake devices is higher with Android.

The fact that just anyone can submit an app to Play Store, is another ugly side of Android that has led to an increase in the high amount of crappy software on Playstore.

As mentioned earlier. the Play Store regulation is very poor hence, the truck-load of buggy apps that can even steal your personal data on your device.

There are plenty of great Android phones that don’t have performance issues and don’t even slow down significantly if you use them for a year or two.

This doesn’t happen to most android phones. Users complain that their devices slow down, the user interface freezes, to add to, the battery life drains fast.

Additionally, some run into connectivity issues with Bluetooth or Wi-Fi or both. Any smartphone, regardless of the operating system, in one way or the other will have its quirks and bugs. But some Android phones seem particularly prone to lagging and slowing down.

Undoubtedly, Android is one of the most popular and used Operating System in the world now, but that does not make it fully perfect.

Android sucks in so many ways. In this article, we looked at some of the reasons why Android OS sucks.