The Samsung Galaxy A ‘series: Specs, price and best deals in Ghana 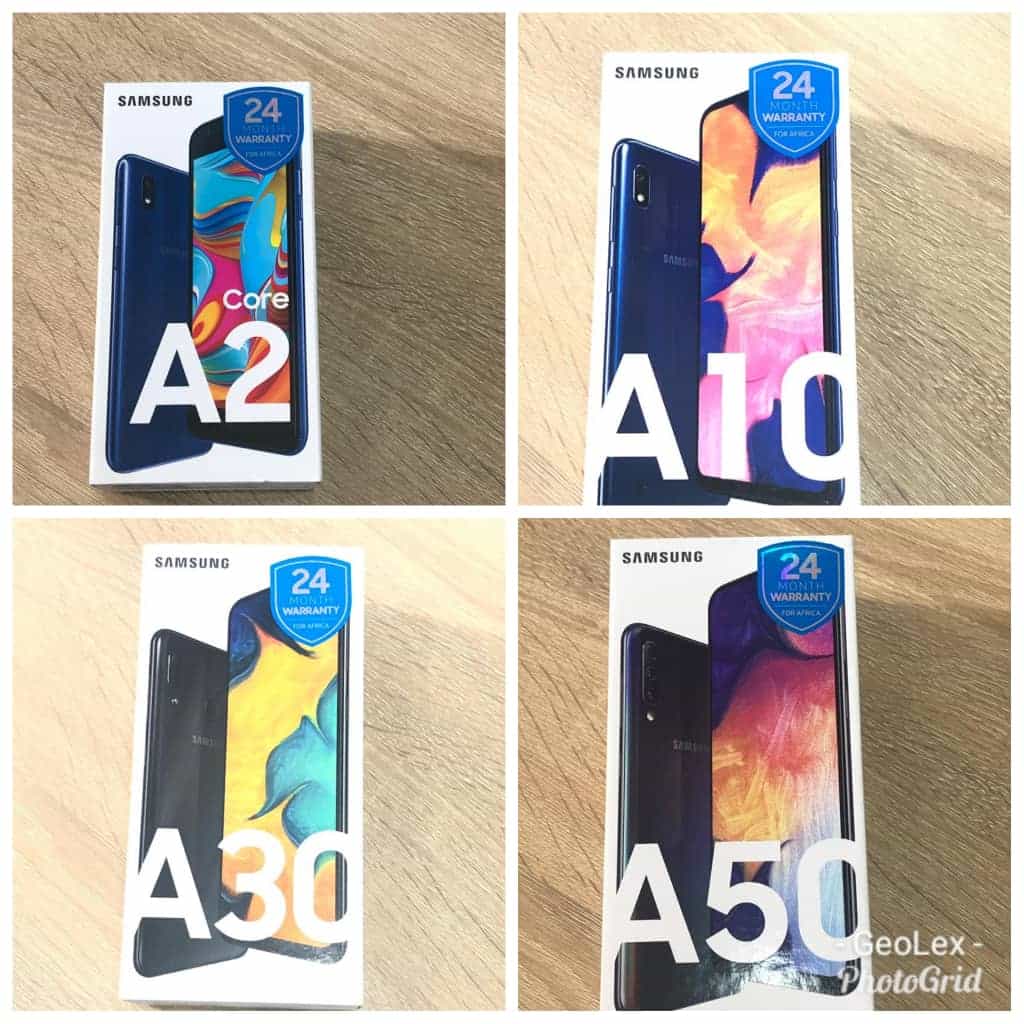 Samsung Electronics has released a series of budget phones with quality specifications. In this post, we will be walking you through the Samsung Galaxy A ‘series to let you know their key specs, price and where to buy from in Ghana.

With as low as GHs 450 you can get o the latest Samsung Galaxy smartphones to buy. We will begin with the Galaxy A2 Core, It is the least among them.

The A2 Core Comes in two variants and the only difference between them is the Memory, one comes with a 16GB HDD and the other comes with an 8GB HDD Memory but they all have 1GB RAM. The Galaxy A10 is next to the A2 Core.