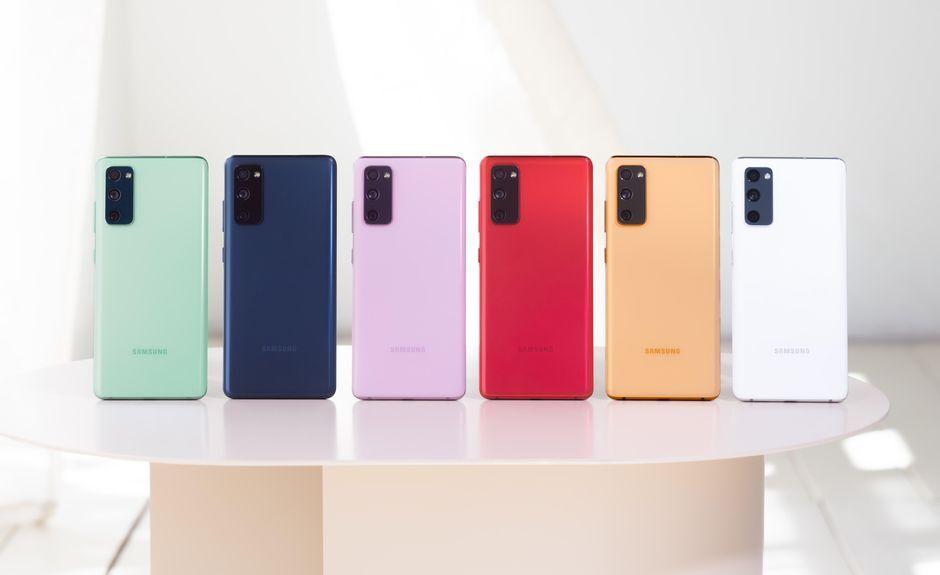 2019 was the first year where Samsung has launched a light version of their flagships.

As expected since it’s the lower variant of the S20 Series, they have been some cutout in minor places to keep the price low, like the screen resolution, RAM, the charger, and plastic back. Looking at the Galaxy S20 FE cutback you would think it’s not one of the best phones but actually, it is for the price.

Like the current Samsung S Series phones, there’s a large screen with a small centered hole punch on the front and on the back, a candy bar like camera bump, and the texture is more matte than the original S20.

The Galaxy S20 FE comes in a wide range of colors which you can take a pick from Navy, Lavender, Mint, Red, White, and Orange, and noticeably some corners were cut when it comes to durability.

It’s has IP68 rated protection which is great but the front display has Gorilla Glass 3 instead of Glass 6 and the back panel is made of plastic which honestly is disappointing considering this phone is priced at $700.

You should also know that the phone can be a bit of a fingerprint magnet so getting a case will help.

The FE’s dimensions are more are like to the S20+ than the smaller S20 but a tad wider with slightly more noticeable bezels but it’s still a comfortable phone to hold.

The screen barely has any curve (a huge boost for flat displays lover), a 6.5-inch super AMOLED panel with FHD resolution, and a 120hz refresh rate. it’s colorful, bright, and large (definitely looks like a promising media consumption experience).

Apart from durability, the fingerprint is an under-display fingerprint that is optical and is slightly faster than the ultrasonic on the S20 flagships. This has a stereo speaker which means you’re covered as far as sound is concerned.

The FE has an Exynos 990 chipset for the 4G variant and the Qualcomm Snapdragon 865 for the 5G version.

The Snapdragon is known to be 10-20% faster than the Exynos and also more power-efficient (something to consider when buying). Galaxy S20 FE has a 4500 mAh battery (same as the S20+), considering it has the same chipsets, similarly-sized screens expect the endurance to be the same.

Samsung also improved the wireless Dev mode and made WIFI connectivity a little bit smarter. A future upgrade will roll out for android 11.

The camera setup has the same as the Galaxy S20:

Where there is a major difference is telephoto. The selfie camera is much better because it’s a 32-megapixel shooter with a brighter f/2.0 aperture.

With S20 FE, you’re getting a large display, big battery, flagship chipset, and even a good camera setup. Taking a good look at the specs of S20 FE, a major issue is price launching at a time when the prices of the original S20 Series are going down effectively.

The Galaxy S20 FE is what you say that a company actually listened to what the fans want, made what they actually wanted, and trim the rest.

It gives you a fast refresh display, 5G and triple cameras for just $699 which save you $300 from the regular Galaxy S20.