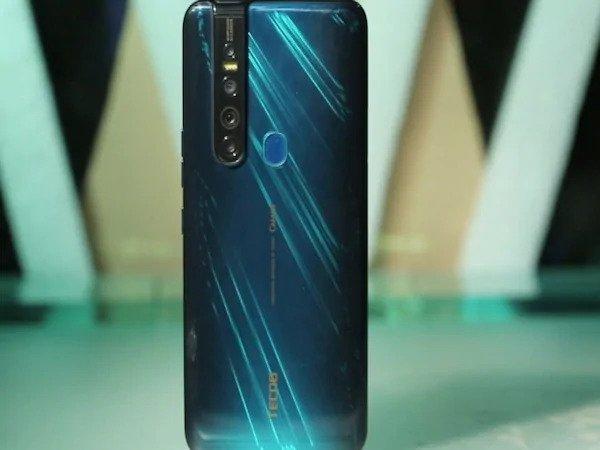 It’s another year and TECNO Fans, in particular, are looking forward to what the Camon series has to offer.

TECNO’s Camon series has been heavy on picture quality and with two phones this year, it appears that zeal for better photos is still very much alive.

TECNO made the jump from Camon 12 to now Camon 15 and Camon 15 Premier.

We look at these latest phones from TECNO in this article. Check out the specs, price and where you can buy them from.

The Camon 15 has been seen in stores outside Ghana since February 2020.

The build of the phone is a plastic body (back and frame) and the usual glass front. The display size is 6.55 inches IPS LCD capacitive touchscreen which gives a 720 x 1600 pixels resolution.

Mfidie.com can confirm that the smartphone comes with 4 cameras which includes a 48MP main shooter.

The front of the phone is a 16MP selfie camera which should be more than enough to capture everyday shots.

Back to the main camera, it features main a Quad-LED flash and has both panorama and HDR functionality.

Some of the sensors on the TECNO Camon 15 are Fingerprint (rear-mounted), accelerometer, and proximity.

When it comes to battery juice, the phone is kept alive by a Non-removable Li-Po 5000 mAh battery.

The TECNO Camon 15 is available in the following colours:

Unlike the Camon 15, the TECNO Camon 15 Permier’s back is made of glass, which is quite receptive to fingerprints but there is a free phone case in the box so that shouldn’t be an issue.

Interestingly, Tecno Camon 15 Premier will be the first Phone from TECNO in Ghana to feature a pop-up selfie camera mechanism. The phone comes with a 32-megapixel pop-up AI Selfie camera which supports beauty, AI shot, super night, and wide selfie.

The rear of the phone is also packed with 4 cameras. These are a 48-megapixel sensor, 5-megapixel ultra-wide-angle, 2-megapixel macro sensor, and a low light lens.

The Tecno Camon 15 Premier is powered by a 4000mAh battery with a 10W charger to facilitate fast charging.

The Tecno Camon 15 Premier is available in the following colours:

The TECNO Camon 15 is now available in Ghana to buy.

By paying an initial deposit of GHS 100 before 5th April 2020, you qualify for the pre-order.

Pre-ordering the Camon 15 in Ghana will also give you a free TECNO Wireless Earphone and other gifts worth GHS 499.

Price of TECNO Camon 15 in Ghana