The Best Shazam Alternatives To Know Which Music Is Playing 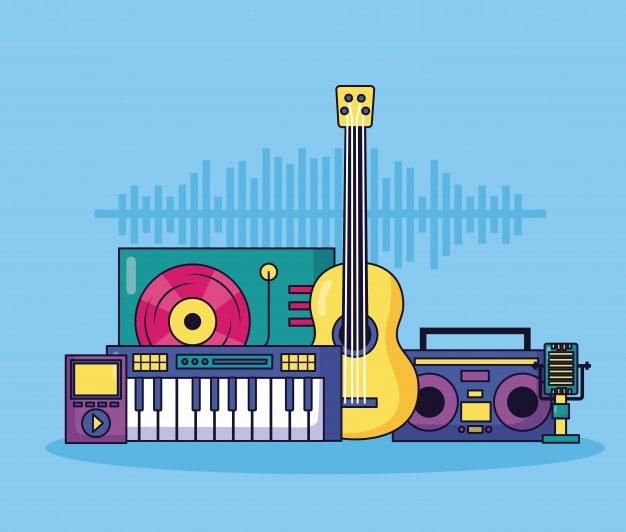 Music is a wonderful component of life which we all make use of at one moment or the other.

Music can either uplift your soul, set you in the mood for meditation, help you reflect on your life and choices or remind you of your purpose in life.

No matter what your choice of music is, there is always a reason or mood that warrants your taste as far as music is concerned.

Depending on your mood, some songs may appeal to you and you may want to have them on your playlist to soothe your soul and mind.

Do you have to let it slide? Or is there a way out?

Obviously, the first thing that comes to mind in a situation like this for most people is Shazam.

Shazam is a lyric and song tracking platform which allows users to get the title and details of a song playing on a device nearby.

With Shazam, users can record parts of a song which is then matched with Shazam’s index of millions of songs on the internet.

If the song matches part of any song in the indices searched by Shazam, then it shows you a list of results from which you choose the most appropriate for streaming or downloading.

What if Shazam doesn’t work for you or you can’t download it on your device?

In this article, I shall introduce you to some alternative applications you can use to search for more information about a currently playing song on a nearby device.

I am sure that not so many people would expect to see a list like this without Google Assistant.

Well, so there they have it. Google Assitant is the first application on this list.

Google is undoubtedly one of the world’s leading Artificial Intelligence and Machine learning technology companies.

With Google Assistance, any android phone user can search for a song being played on a nearby device.

All they need to do is to make use of Google Assitance and ask which song is playing.

The application then records about 6 seconds of the currently playing song and matches it with a database of songs available.

A set of results then appears for the user to choose from. If you do it right, you should get the exact song you were trying to get.

Remember this app only works for Android devices since it comes with the operating system most times.

Another great application for checking the details of a currently playing song is SoundHound.

SoundHound brings a little more dimension to what Shazam and Google Assistance have to offer users.

With SoundHounds, users can search for their favourite songs, movies or TV shows by either recording part of the song or show.

The application also provides the option for users to humm or sing part of the song in case they are unable to get it to play live on a device.

Amazingly, this app works on both IOS devices and Android devices.

The Icing on this article’s cake is Musix Match.

Musix Match is an advanced version of all other applications listed and explained above.

With Musix Match, users can do a lot more than just search for their favourite songs by recording part of the song.

In fact, Musix Match also provides users with real-time floating lyrics as they listen to the songs they have captured using the app.

So in effect, you get to grab that song playing in your neighbour’s room and at the same time you get to read the lyrics as each line is being sung in the song.

This makes it easier for those seeking to go beyond just knowing the title of the song to actually knowing its content and probably singing along.

One interesting thing is that once you create an account on this app, you have the opportunity to contribute lyrics to your favourite Musicians’ projects easily.

Listening to a beautiful song from your neighbour’s room, a nearby pub or a nearby device can be interesting and enjoyable.

But what happens when they suddenly turn off the song and you can’t even ask them who owns the song?

The drama is endless, right? Well, Shazam has sought to solve this problem and has been doing it quite perfect for a long while now.

What happens if you can’t use Shazam for some unforeseen reasons?

Well, I guess that’s why we are here. The three apps discussed in this article are tried and tested alternative apps for searching and downloading an already playing song nearby.

They work fine for everyone and they should be part of the applications you prioritise on your mobile device.

If you loved this article, kindly share with friends and family.

If you know of any other app which should be added to this list, kindly let us know in the comment box below.

Kindly share your comments, reservations as well as comments with us in the comment box as well.

Godwin Gabla is an internet addict who has found a passion for writing and marketing. A blend of which produced the profession he so much enjoys - Blogging. He blogs mostly in the fields of entertainment, lifestyle, technology and marketing. He's a seasoned digital content marketer and copywriter with over 7 years of proven experience. Pets? He doesn’t do much of that but dogs seem nice. You can reach out to him for any PR projects on +233248341613. He is the go-to person for all your PR and Writing gigs and consultations.