The Importance of Thin-film Coating 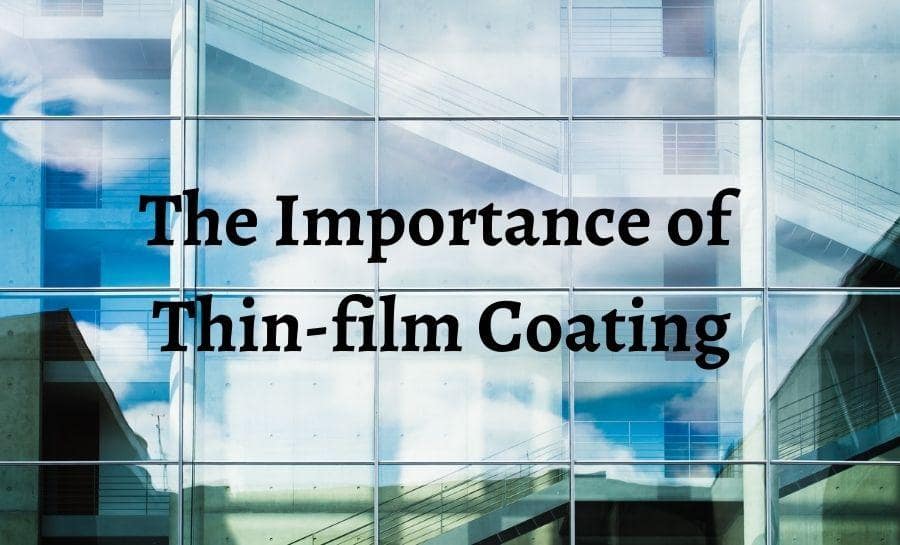 Thin-film coatings play a major role in the manufacture of many electric devices. They are used to apply dopants and sealants to microelectronic parts, such as chips. Generally, thin-film coating materials are essential for developing filters, increasing insulation or conduction, protecting materials from lights, or creating reflective surfaces. An example is a mirror; here, a sheet of glass is bonded with a thin layer of aluminum (the thin-film coating) so as to make the surface reflective.

The impact of thin films on modern technology can hardly be overlooked today. They are often regarded as the backbone for advanced applications in various fields, including optical devices, telecommunications devices, energy storage devices, etc. In most cases, the application of thin films depends on the intended use for the material, the makeup of the substance or substrate, and the desired thickness.

Now, there are up to about 8 different deposition techniques or coating methods in use today and these are broadly classified into two: The Physical Vapor Deposition (PVD) and the Chemical Vapor Deposition (CVD) technique, which are the two most common methods of thin-film coating. This means that thin films can either be deposited using physical or chemical routes.

PVD coatings involve atom-by-atom, molecule-by-molecule, or ion deposition of various materials on solid substrates in vacuum systems. Note that all PVD processes are carried out in vacuum systems. This is to ensure that no unwanted reaction occurs between the atoms of the film material and air.

Thermal evaporation: the coating metal is evaporated in a vacuum to form an atomic cloud. This atomic cloud is then used to coat all the open surfaces between the substrate and the target or source. This is used in making thin, 0.5 um shiny, decorative coatings on plastic parts. While the thermal evaporation method is ideal for coating materials like semiconductors, mechanical components, CD/DVD media, automotive components, and solar cells, it is fragile and may not work best for wear applications.

Sputtering: Sputtering technique is often used for depositing metal and oxide films by controlling the crystalline structure and roughness of the surface. For sputtering to take place, a noble gas plasma is shot at a substrate in atom-sized particles. The impact of the particles on the substrate triggers a collision cascade that causes the particles to pass through the substrate and adhere to the opposite side. This method ensures that the entire surface of the substrate is coated.

Sputtering is mainly used in high-tech coatings such as the coating of materials like ceramics and metal alloys, and it can be used to produce both thin and hard thin-film coatings.

CVD is used for depositing thicker, dense, and ductile adhesive coatings on metals and non-metals, including glass and plastic. In contrast to PVD coating, which happens in the “line of sight”, the CVD technique can coat all the surfaces of the substrate.

Chemical Solution Deposition (CSD): This process is similar to plating. The difference is that it uses organometallic powders in an organic solvent instead of metal salts in a water bath. Generally, chemical solution deposition is simpler and cheaper than the plating techniques.

Diamond CVD Coating: this technique is mainly used to increase the surface hardness of cutting tools. Interestingly, the process is carried out at temperatures higher than 1300 which will most likely soften most tools. Hence, its application is often limited to materials that won’t go soft this temperature.

The color and thickness of the deposition, as mentioned earlier, is most commonly dependent on the purpose for the coating and the nature of the substrate in being coated.