WhatsApp group video calling feature will be rolling out later this year, and it looks like beta-testing for same appears to be live. 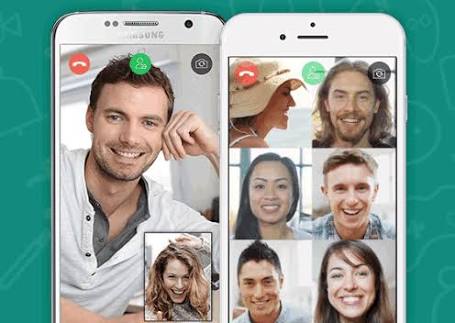 The much-awaited video calling within WhatsApp group members (subject to a maximum of 4) is available for a few people. While it’s currently just work in progress, a limited number of people have been able to see the feature being beta tested on their devices.

This is true for Android as well as iOS run devices. To be precise, the version of these OSs which are getting the beta-testing of group video calling is WhatsApp iOS build 2.18.52 and Android beta version 2.18.145+.

It is also being reported that not all users with these OS versions are included for the test run. Unlike some beta-testing program where the users can opt for an invite-to-join basis, there is no such arrangement in this.

If you are keen to know if your device has been included for the testing, you can check by making a video call to another person and see if the ‘add participant’ icon is showing up. If it does, you are lucky and can use the feature; else, you may have to wait. In any case, WhatsApp has promised this feature towards the end of this year.

Apart from WhatsApp, Facebook, that owns and operates WhatsApp, is planning to provide this group video call facility on Instagram as well.

As already informed, the feature as and when made available, will permit a maximum of 4 persons to be added to the group video call including the one who initiates the conversation.

People who keep a close watch on happenings with WhatsApp remind the public that the messaging app had also indicated it is releasing new stickers for both the Android and iOS versions of the app.

WhatsApp has also added new features such as giving admins more control, catching up with messages, Group description and more. As per these updates, which were rolled out earlier this month, group creators can no longer be removed from the group they started.

How to get WhatsApp beta on Android

Signing up for the beta test can be tricky, and it’s definitely not for everyone.

Beta versions of apps are used for developers to test new features on a small number of users.

That means the app might not work properly and may crash often.

Still, if you’re dead set on receiving new features before everyone else, you can sign up.