Why Do We Have Different Tastes in Music? 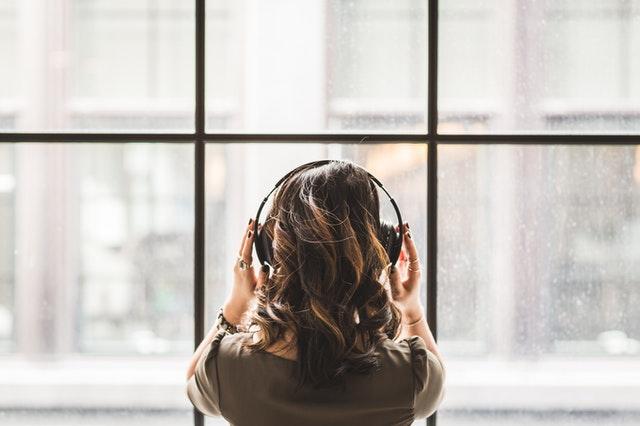 But why do we like different genres of music? Someone who loves classical music could probably give you a few reasons why that’s their favorite genre. Maybe they’ll list a few objective reasons about how the structure is much more complex than that of pop music and about the intellectual and emotional stimulation it provides. Or they might give you more subjective reasons about how classical music makes them feel and the memories it evokes.

However, science teaches us that the origins of tastes in music lie in the brain itself. Before we interpret the emotional meaning behind music, we process the sounds through our auditory system. Research in this field is still in its early stages.

Music and the Brain

We process music in a similar way to how we process speech. Our ears filter soundwaves based on frequency, and the cochleae encode the pitch. This encoded information is sent through the auditory pathways to the auditory cortex in the brain. Multiple brain regions are activated by listening to music. Some have to deal with elements like pitch, timbre, and other sound qualities, while others are involved in emotional processing.

But how does this influence musical preferences? As we said before, research is still in its early stages and, from a scientific point of view, this is a fairly complex question. One study led by psychologist David Greenberg from Cambridge University found a correlation between cognitive styles and music preferences.

The more than 4,000 participants were divided into three categories:

The researchers found that Empathizers preferred mellow music with emotional depth from genres like soft rock, while Systemizers preferred intense music with complex structures like classical music or heavy metal. Participants with the type B cognitive style had a broader range of musical preferences.

The personality traits that have been shown to have the greatest influence on our musical preferences are openness to experience and extraversion.

People who rate high in openness to experience tend to like music that can be categorized as novel, complex, intense, and rebellious. This refers to genres like classical, jazz, blues, rock, alternative, and heavy metal.

Nowadays, most people listen to a broader range of musical genres since access to streaming platforms, free music mp3 downloads, and YouTube videos has made it easier to explore and experiment. However, people with a high score for openness to experience show a stronger preference for diversity, with the exception of popular forms of contemporary music, which seems to be a limit to their openness.

Aesthetic appreciation is one of the facets of this personality trait, which might be why they prefer complex music.

Studies also found that openness to experience also influences how intensely people react to music on an emotional level.

Lastly, novelty seems to be an important factor in musical preferences for people who score high on this personality trait. Repeated listening seems to make them like a song less, while it has the opposite effect on people who score low on openness to experience.

Extraverts show a preference for conventional, upbeat, happy music, and they also tend to listen to background music more often than introverts. One study compared how easily introverts and extraverts get distracted by background music and found no differences, so the variation in preference must be attributable to another factor.

Extraverts tend to be the people that most rely on music to combat the boredom associated with mundane activities like driving, cleaning the house, or ironing.

Your current mood also affects the type of music you choose to listen to. You probably already know this from experience. People with depression tend to listen to sad music because it makes them feel calmer. You may think this is counter-intuitive because it would make more sense to listen to happy, upbeat music. However, research suggests that listening to low-energy, sad music facilitates the production of the hormone prolactin in some people, making them feel more relaxed.

Going back to the study from Cambridge University, it’s possible that Empathizers have a larger hypothalamic region that governs the pituitary gland, which in turn produces prolactin.

Other research looks at how listening to mellow music affects the production of the hormone oxytocin, which also makes you feel more relaxed.

We form our identity, in part, through the sort of environment we grow up in and the people we form connections with. If a certain genre of music is popular in your environment and social circle, you’re more likely to listen to it and see it as part of your identity. This also explains why there are generational differences in terms of music taste.

Lastly, our taste in music is also a way to express our internal characteristics. Just like how we dress a certain way because we feel that it expresses our personality, we share our musical preferences with others as a way of showing them traits of our personalities.