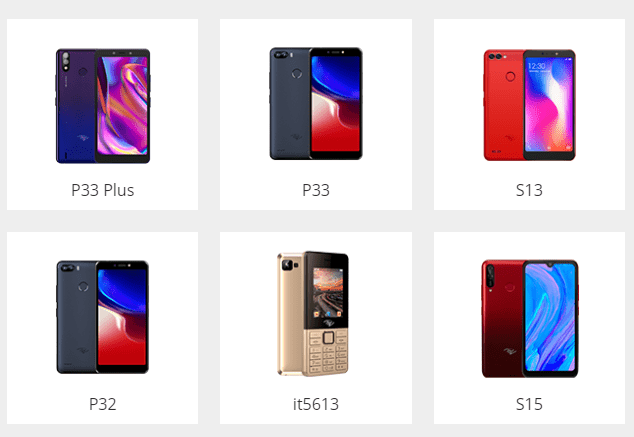 Itel mobile has been in the Ghanaian market for some years now, offering great features at affordable prices.

With the likes of Tecno, Infinix and Huawei, itel has been able to gain the love of many Ghanaians. New models of itel smartphones are being introduced in the market every year.

As a lover of this mobile brand, it is good you know what’s new in the company. You should be able to tell the current itel phones in the market. Before you step out to buy your itel device, you should know the model, its features and the price is sold on the market.

This is what today’s post is going to be based on. In this post, we are going to look at some of the latest itel phones that can be found on the Ghanaian market, specifications, prices and where to buy.

When it comes to smartphones in Africa, itel is gradually gaining grounds although their spec sheet is mostly not appealing to those who seek good performance.

The new itel S16 looks to be an upgrade over the earlier released A56, although they are not in the same series in the itel product line.

Key Specs of the itel S16

The itel A56 is the successor to the very popular A55. The A56 comes with improved battery performance and an updated Operating System (Android 9 Pie, Go Edition).

As like previous A-series from itel Mobile, the A56 comes with just decent specs and is targeted at entry-level smartphone users, a reason why the price in Ghana is GHS 338.

Key Specs of the itel A56

Itel S15 as it stands is the current itel mobile in Ghana. It is believed to have come to replace the itel S13 since they all fall under one category (S series).

The S15 comes with Google Gallery Go which helps to get the best selfie experience to its users. It runs Android 9 Pie (Go Edition) as its operating system. See the full specifications below:

Key Specs of the itel S15

The itel S15 cost GH¢ 375.00 and can be purchased from frankotrading.com or any of the banana shops across the country.

The best phone to start a bright day with is the P32. It has enough battery capacity to last for days with uninterrupted usage. With the latest full-screen technology, Itel P32 displays rich colours and provides a broad screen view on an IPS display.

Key Specs of the itel P32

The Itel P32 can be bought from three stores on the Jumia Ghana website at the below prices:

A33 has a 5.0 Screen display offering a comfortable grip with great visual experience when watching a video or playing games. Designed to run Android 8.1 operating system which gives a smoother experience with more storage. The A33 comes with a comprehensive range of built-in camera functions and filters that help you take beautiful panoramic and clear night shots effortlessly.

Key Specs of the itel A33

itel S13 is part of the itel’ S series flagship device which has a 5″ IPS LCD Display flaunts with 5 MP + 5MP rear camera and a 13MP Front Camera. It runs an Android operating system v7.0 (Nougat).

The device enjoys a battery saver feature and has the ability to split-screen which comes with the OS version. See the key features below.

Key Specs of the itel S13

For selfie fans, the Itel A32F offers you a 2MP sensor. There’s soft LED flash to help bring your selfies to life and for better video chat in a dark environment.

Key Specs of the itel A32F

Alright friends, the above are some of the latest itel phones you can find in the Ghanaian market.

There are others that you can still go for. But for the sake of this post, the above are what we can talk of for now. If you know any of the itel latest phones found in the Ghana market you that you think is worth mentioning, you can let us know in the comment below.